Japan suffers earthquake 5.7 on the Richter scale and remains on alert 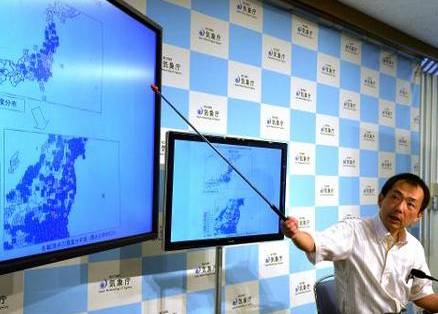 An earthquake 5.7 degrees magnitude on the Richter scale occurred yesterday in northeastern Japan, the same area which suffered on Monday, another 6.9-magnitude earthquake, but this time the tsunami warning was not triggered.

The Japan Meteorological Agency said that the quake occurred at 13:46 and its epicenter was near the coast of the Iwate province.

The incident came after a small tsunami occurred in northeastern Japan after the earthquake on Monday. The authorities had to ask tens of thousands of people to temporarily leave their homes near the coast.

The first ascent of water level was expected at 8:30 yesterday, but only a variation of waves of 10 inches was measured at 8:47 in Miyako and somewhat later the same level in Kujiko, followed by 20 cm on the coast of the second city.

Commentators of public television, which immediately interrupted its programs to spread the news, reported yesterday that the alert was discarded.