Prosecutor and judge in charge of Nisman complaint are guarded 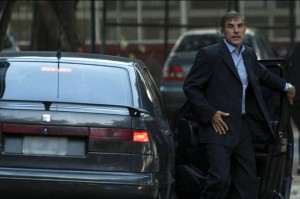 The Argentine government reported that they ordered custody for the prosecutor and the judge that are investigating the complaint of prosecutor Alberto Nisman, who appeared dead after his indictment of Argentina President of covering up Iran the case of the attack on the AMIA Jewish center in 1994.

The Security Ministry said through a statement that the federal prosecutor Gerardo Pollicita is guarded by the Naval Prefecture of Argentina (border police) from the moment he assumed the cause.

The government has announced that Pollicita has custody at his private home and in his office every day, 24 hours.

In addition, the security entity advanced they will contact Rafecas this week to assess “the changes for his custody since his appointment as a judge” in this cause.