Jefferson Pérez: “If the political project is ready, I will be a candidate.” 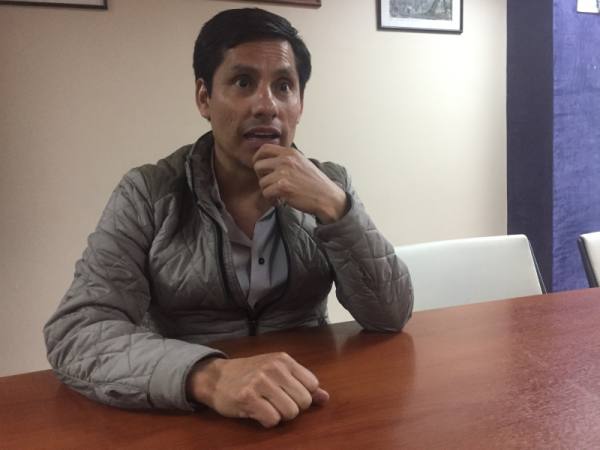 Jefferson Pérez, the remembered champion of the Ecuadorian athletic march, has decided to play an active political role. He announced his determination without clarifying the charge to which he aspires. His political project is under development.

Q: What motivated you to make that decision when you previously said no?
A: We simply put our hands in our pockets and we remain silent. I think it’s an extremely interesting opportunity for citizens. We’ve been on the sidelines for a long time, but we can not do it anymore …
Q: What would your foray into politics be?
A: We are working on a government proposal, that is the first step. I am prompting dialogue, not negotiations. If the project is ready, I will be a candidate. I hope it is ready for six months and from there, our team will make it public.
Q: What is your aspiration?
A: Sports taught me that I should aim for the highest.
Q: Is the highest running for President?
A: Maybe at some point, it’s very likely.
Q: What is the political ideology of Jefferson Perez, left, center or right?
A: I am from the center, my philosophy is sharing with efficiency. I was trained in private universities and on the streets. I would be very wrong if I was against the private sector, that is the engine of the economy. (I)

One of the Ecuadorian injured in the Barcelona attack was discharged