Jerusalem Names Four Millions of Victims from the Holocaust 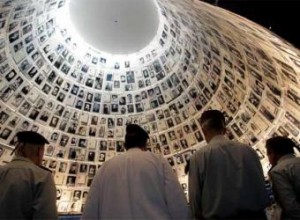 The names are filed under a dark dome, which is the heart of Yad Vashem. The museum about the Jerusalem Holocaust was founded on 1950 to preserve the events occurred on the half of XX century. The dark dome was called Yad Vashem, which is a translation from the Hebrew meaning “memory and name.” The main objective is to end the anonymity of the victims. This week the four million victims were identified.

More than half of the deceased were identified thanks to their relatives and friends who filled a form and declared that the person existed and was murdered.

During the last decade since 2001 until now, the file has added 1,2 million names. Most of them were Jews that lived in the former Soviet Union or near its borders; their identification was possible thanks to the support of Russian Jews that migrated to Israel, and the historical files that Russian historians are uncovering.

The institution has also dedicated more of their budget searching for the identity of the victims, and to fight the tendencies that present the Holocaust as a myth.

Avner Shalev, president of Yad Vashem, makes everything possible to identify and validate the recognition of those that perished.

The dark dome houses folders with biographies of the victims. The shells were built to allocate over six million of files. However, Shalev does not believe this will ever be fully completed.