Jorge Glas filed a complaint about “defamation” against him 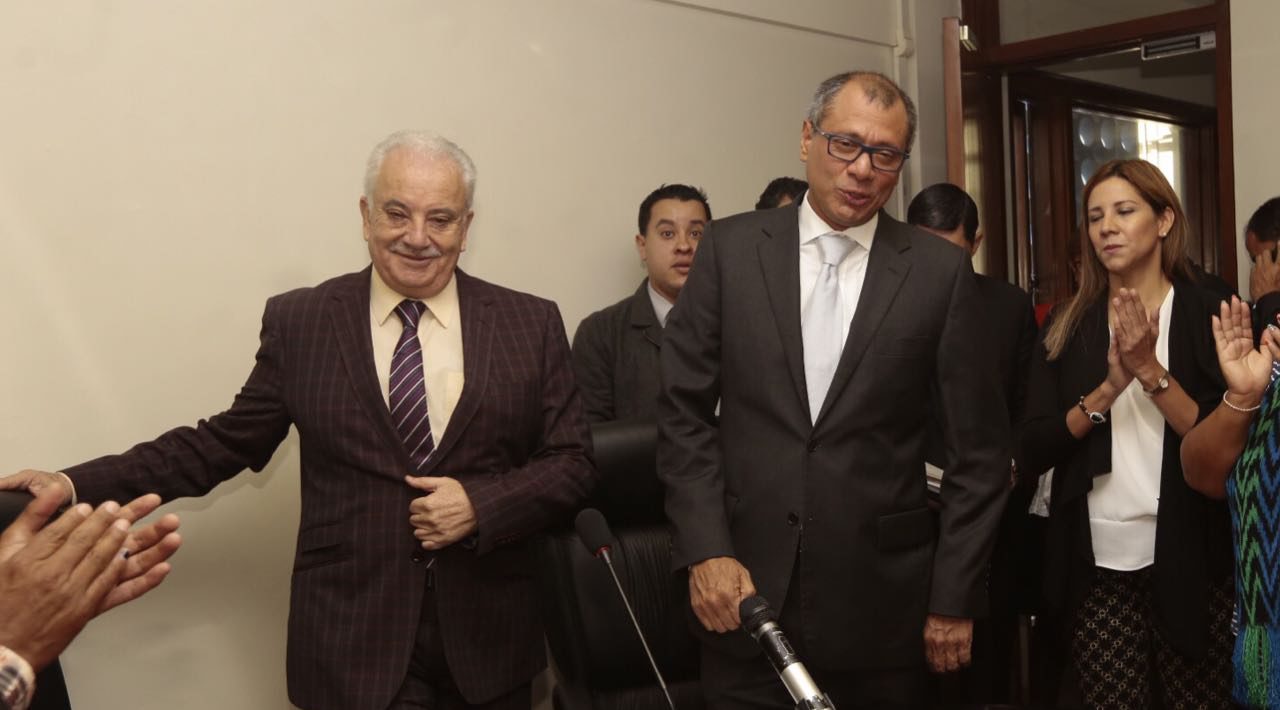 The vice president of Ecuador and candidate for reelection, Jorge Glas, lodged a complaint yesterday with the State Attorney General’s Office (FGE for its Spanish acronym) to investigate the “defamation” against him, which he said had been poured during the last election campaign.
In an appearance before the media at the Prosecutor’s Office, Glas said that during the campaign period “malicious” hints were thrown at him, which stated that he is involved in a payment network of a company he did not cite.
These insinuations, in his opinion, obey political interests that seek to “destroy the honor of public officials,” in his case.

Glas, mate of the presidential candidate Lenin Moreno, accused Daily Expreso of publishing information that would involve him, “without providing a single proof,” in “a supposed network of illegal payments by a company” that he said, has been sued by the state.