Ecuadorian-American Formula 1 driver Juan Manuel Correa rose from his bed for the first time this Wednesday, October 23, 2019 after undergoing 17-hour surgery to save his right leg. 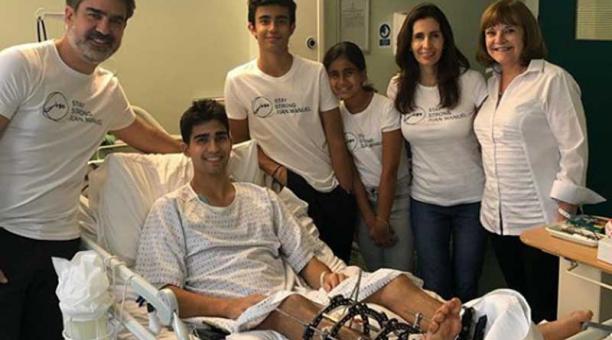 The surgical intervention was carried out last Sunday, September 29, 2019 in London.

In a video that Correa shared on his Instagram account, the driver is seen standing up with the help of a walker and two people who provide support.

They ask him how he feels and he replies that he is afraid of staying straight. When the woman next to him asks him again how he feels, Correa replies: “It’s horrible” and then laughs.

At the end of the video you can see how the medical assistants who meet the pilot hold the device on his right leg and lift it so that he can lie down.

During lap 2 of the Belgian Grand Prix, at the Francorchamps Spa circuit on August 31, 2019, Juan Manuel Correa’s car and that of the French driver Anthoine Hubert suffered a spectacular accident in which Hubert died, while the Ecuadorian It resulted in fractures in both legs.

Ecuadorian Shrimp farmers meet in Guayaquil at the Aqua Expo 2019