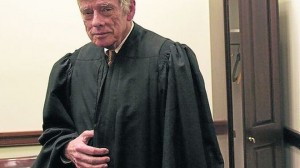 The American judge Thomas Griesa said yesterday to Argentina that the country would be declared in ‘contempt’ if they continue making ‘false and misleading’ statements about the dispute with hedge funds.

Griesa referred to 2 legal ads published by Argentina last Thursday in the New York Times and Wall Street Journal newspapers, in which they expressed their vision of the current situation to the holders of restructured bonds, who have been unable to charge them in order of Griesa.

“The court warns again about false and misleading claims of Argentina and understands that this warning will be heard. If it is not, the court will be in need to declare contempt”, Griesa said.

The judge ruled in favor of speculative funds for charging $ 1,330 million in defaulted Argentinean bonds since 2001, after this, in July 30, Argentina went into partial default.