The ‘cocaine czar’ has up to six different identities and is required in two European countries, where they call him “the king of escapes”. He was captured in Ecuador and sentenced to 13 years in prison, but a judge released him. 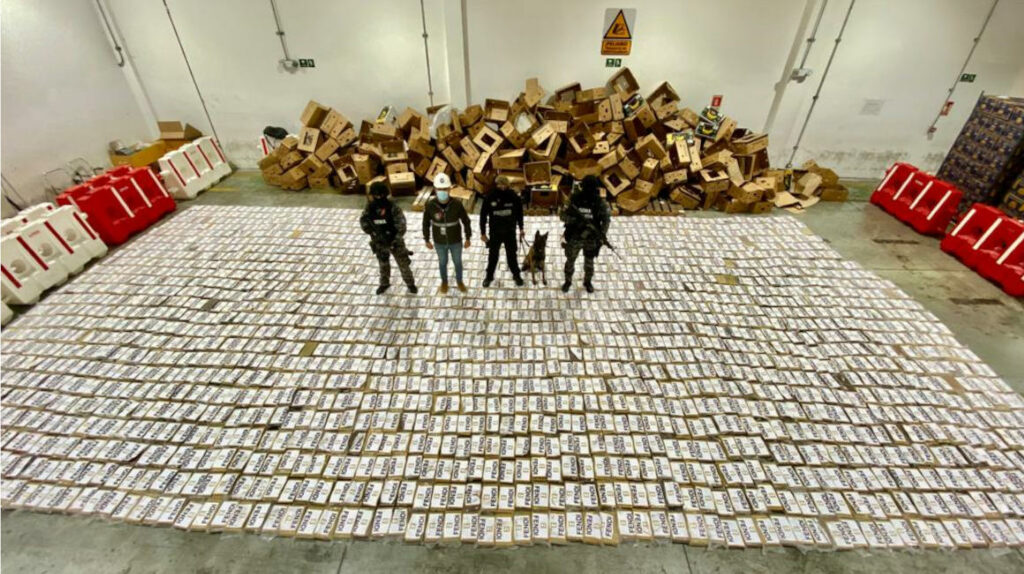 Photo of an anti-narcotics operation in Guayaquil.

The ‘cocaine czar’ is Albanian and has six different identities, but his real name is Dritan Rexhepi. He was arrested in June 2014 in Guayaquil, Ecuador, in an operation that the Police called “Balkans.”

His capture brought the Albanian police and Interpol itself to the country, because Rexhepi is required in two European countries, but the Ecuadorian justice granted him pre-release in November 2021, and no one saw him again.

The 42-year-old Albanian would be the head of a criminal organization in which other Albanians were involved who, in collaboration with Ecuadorians, were dedicated to contaminating containers with drugs in the ports of Guayaquil, bound for Europe.

In 2015 he was sentenced to 13 years in prison for illicit drug trafficking, for which he was sent to the Guayaquil prison and then to the Cotopaxi prison.

Rexhepi is considered highly dangerous in Europe, where he is known as ” The king of escapes ” for having escaped from three prisons in Albania, Italy and Belgium.

And the Belgian government managed to extradite him from Spain to serve a five-year sentence for the crime of robbery with violence.

He claimed he had lupus

According to the British media outlet The Economist, Rexhepi is a criminal who arrived as a cocaine emissary to Latin America and continues to operate a sophisticated drug trafficking structure to Europe from prison in Ecuador, but Rexhepi is now free .

The Albanian’s defense argument is that he has lupus, an autoimmune disease, which can affect the joints, skin and some organs.

At the hearing, he said that his condition had been complicated by lack of medical attention and the necessary treatment.

In July 2021, he entered the Guasmo Sur hospital, as recorded in the Judicial Function system, where he remained for 40 days.

When trying to return him to prison, he filed a new request to access the semi-open regime or pre-release.

Judge Poma Chamba granted him house arrest in Samborondón , where he was to serve the rest of his sentence until 2027.

“It will be controlled and monitored by the National Police periodically, without this being permanent,” the judge established in the sentence.

In addition, the use of the electronic shackle was made available, which he later claimed could not use it due to his medical treatments. He was also banned from leaving Ecuador, although he ordered his immediate release.

However, they had to issue three release tickets because their identity did not match the passport number they provided. Under these conditions he left prison in November 2021.

Two extradition requests from the governments of Albania and Italy weigh on Rexhepi , for which the National Court of Justice had issued the tickets for the process, so his freedom could have consequences with the international community.

The Albanian mafia in the region

A report from the United Nations Office for Organized Crime (Unodc) assures that groups originating from the Balkan Peninsula operate in several South American countries, including Ecuador.

They have also ventured into the acquisition of large quantities of cocaine directly from the source, eliminating intermediaries.

The report suggests that these new groups have weakened established European mafias, such as Italy’s Ndrangheta, which dominated drug trafficking across the Atlantic.

Despite this weakening, the old groups continue to operate and added to the appearances of the Balkan networks there is “a greater availability of cocaine in the European market”.

Drug gang weapons arrive from the United States and Peru