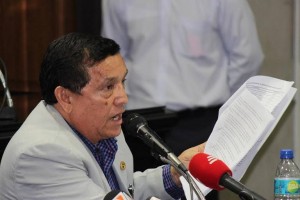 Judge Ana Lucia Cevallos ordered custody for Hugo Mora and Pedro Vera, after they failed to attend an arraignment hearing on the money laundering investigation conducted by the Prosecutor’s Office to executives of the Ecuadorian Football Federation (FEF).

Mora and Vera worked as treasurer and accountant of the soccer governing body, respectively. A week ago, the prosecution raided the home of the executives and seized documents, computers and mobile phones for analysis.

A wave of doubts in Montañita