Judiciary Council, with more complaints before the Council of Citizen Participation and Social Control 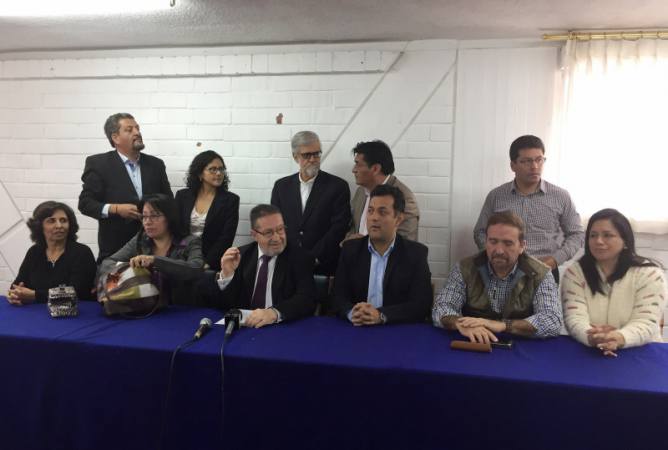 The deadline for citizens to denounce twelve authorities of four entities that are being evaluated by the Council of Citizen Participation and Social Control (CPC) of transition concludes today; and at the moment the Council of the Judicature (CJ) is the one that has more complaints than the 103 received.

The CPC analyzes the performance of the five members of the Judiciary and the National Electoral Council (CNE), the Attorney General, Carlos Baca, and the Superintendent of Banks, Christian Cruz, for which he opened a five-day period for citizenship to denounce them.

The latest report shows that against the CJ there are 80 complaints; from the CNE, 4; of the Attorney General, 15, and the Superintendent of Banks, 5.

At the CPC, a man at a desk receives complaints, such as that of a representative of the ex-judge Madeline Pinargote, for an alleged act of corruption by the CJ. She says she was dismissed for alleged political pressure.

This, while in the exterior, a group of citizens raised banners with photographs of the president of the CJ, Gustavo Jalk, with the legend: “Let them all go!”.

Other complaints came from the National Anticorruption Commission (CNA) or the CREO legislator Esteban Bernal.

Today, leaders of several political organizations such as Unidad Popular, PK, CREO, ID, grouped in the Liberación del CNE collective, will file a complaint against the CNE, for the alleged “illegitimate origin”.

Other ones will be added, such as the environmental group YASunidos, for how the signatures they submitted were reviewed to call for popular consultation and to avoid the exploitation of Yasuní.

These files will be investigated by the technical teams of the Council, whose results will be sent to the plenary session so that it may take a resolution, which could be the cessation of an authority.

The plenary session of the Transitional Participation Council will be held today and tomorrow in Guayaquil, where it plans to approve the regulation to select new authorities. The vocal Xavier Zavala said that among the changes that would be applied is to invite citizens to integrate eligible banks to be part of the oversight or citizen selection committees. It also aims to reduce costs and deadlines. (I)