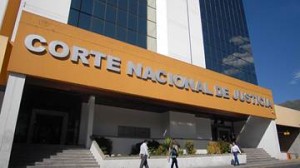 The Judicial Council has already selected the seven new judges for the National Court of Justice (CNJ). Currently, seven judges are expected to be chosen, who will leave office.

Gustavo Jalkh, head of the entity, said yesterday that the Council would be evaluating the performance of national judges to determine the seven who will be replaced. Their names will be announced until January 23.