Justice and amnesty calls for association of 30-S 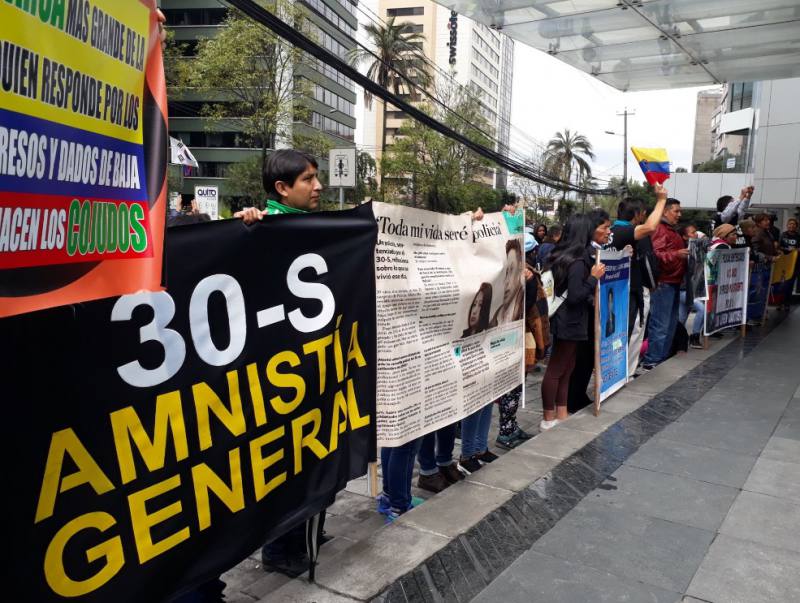 The Association of Victims of the so-called September 30, 2010 (30-S), when there was a police and military revolt in the government of Rafael Correa, requested – on Tuesday morning – the Council of the transitional Judiciary an investigation into the judicial servants, prosecutors and judges who condemned what they described as innocent.

A delegation of the association, represented by Óscar Ayerve, went to the organism and made the formal delivery to Aquiles Rigail, subrogated president of the transitory Judiciary.

For Rigail, the country knows and the public vindict has sanctioned regarding the “gross violations of human rights that led unjust cells to innocent citizens, violating all procedures and ignoring due process and of course the right to defense”.

Ayerve exhibited a document, according to him from the Comptroller’s Office, which shows that “evidence was manipulated, falsified documents, false witnesses were bought, a real criminal concert was set up to try to sustain a farce (…) and persecute thousands of Ecuadorians of the Armed Forces, National Police, civilians … “.

Angelica Porra, member of the Judiciary, will be the person in charge of studying the cases.

A group of about twenty people, outside the building of the Council of the Judiciary, with posters and T-shirts in their hands, shouted “justice and amnesty.”

Ayerve also said that in the next few days they will go to the National Assembly to deliver a request to their president, Elizabeth Cabezas, for amnesty. (I)