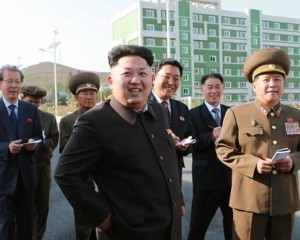 The North Korean leader Kim Jong Un visited a residential district and a scientific establishment, state media reported yesterday, ending more than a month’s absence in public, which encouraged speculation about his control over the country.

The report by the official KCNA news agency did not mention the absence of the 31 years old leader and did not specify when the visit took place.

The agency also said that during the day, Kim visited the Natural Energy Institute of the State Academy of Sciences. “Our scientists are patriots who are dedicating their lives to build a rich and powerful country,” Kim said, as quoted by the agency.

Kim was not shown in public since Sept. 3, when he attended a concert. Then, he missed several events in which he usually is present.

A documentary released last month made ​​a reference to a “discomfort” of the leader and showed a video from August in which he looked overweight and limping.