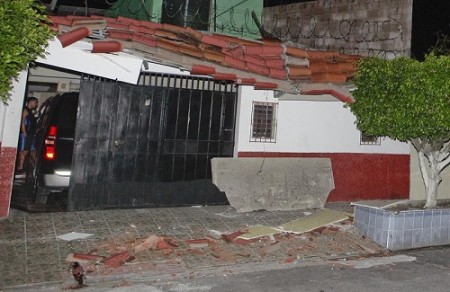 Hours after the 7.3-magnitude earthquake that last Monday struck from Mexico to Panama and killed one in El Salvador, left many homes damaged and cracked walls; a wave of earthquakes has shook Middle America this past Tuesday.

In Nicaragua, the authorities suspended classes in schools in the Nicaraguan Pacific, and declared a yellow alert in the Pacific of Nicaragua, especially for the aftershocks to come.

The strong quake was also felt in Honduras, most strongly in the West, Copán, Ocotepeque, Lempira, the south and the Gulf of Fonseca, but no casualties or damage were reported.

In Guatemala it was felt in almost the entire country, but with more intensity in the east and south, closest to El Salvador. In Panama the quake was felt in the Puerto Armuelles area, bordering Costa Rica.

In Mexico, the quake was felt in only a part of Chiapas known as Siconusco, according to the Civil Protection Department.