A new vegetable oil would reach the market with the denomination popular oil through a public-private alliance. 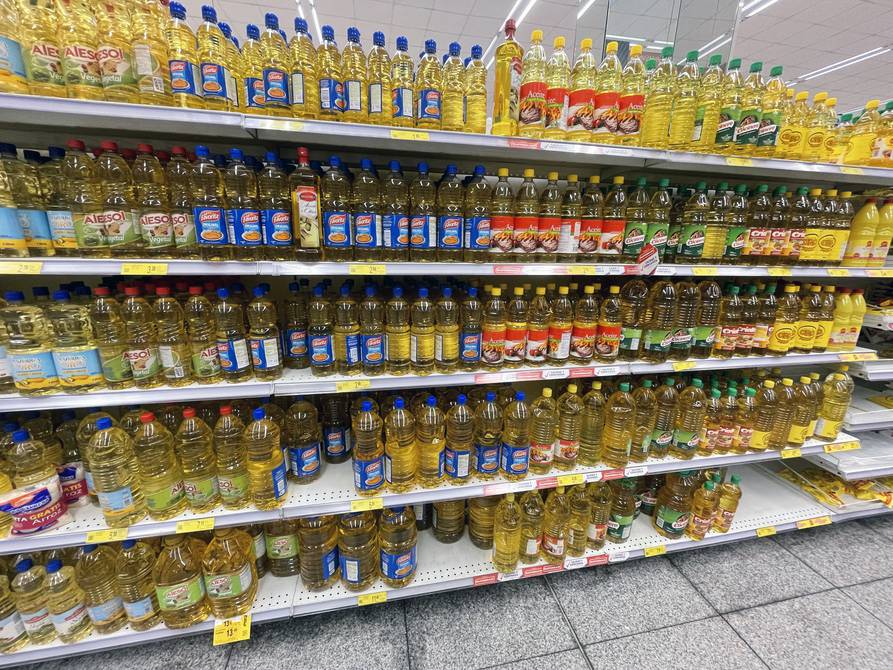 Currently on the hangers there is a variety of prices depending on the type of oil, the brand and the place that sells.

This was revealed by the Minister of Agriculture and Livestock (MAG), Bernardo Manzano , who assured that he held talks with Santiago Terán, president of La Fabril, to start this project.

This in a context in which the price of edible oil in supermarkets, stores and other places in the country has been increasing. A liter of sunflower oil reaches $5.99 and it is not the only one that continues to rise. The canola rose two dollars in the last year, in May 2021 it cost $2.39 and in May 2022 its price reached $4.39 in supermarkets. Vegetable oil is currently the product with the highest incidence in inflation and last month it ousted gasoline , which has been on the list of products with an increase for ten months.

Why does the oil rise? Ukraine, the main producer of sunflower oil in the world, has restricted the export of this product, which limits its availability and directly impacts the prices of other alternatives, such as palm or soybean oil, explains Propalma Ecuador . And there are several countries that have limited shipments of their production.

While in Africa the effects of the La Niña phenomenon generated floods that reduced production in that part of the world. In North America, canola production was also affected by climatic factors. Additionally, the global productivity of oilseeds had been affected by the times of mobility restrictions during the pandemic, and not all productive and agricultural activities could be carried out normally.

Crude palm oil has broken record prices this year, and could rise further as Indonesia — the world’s largest palm oil producer — has put export restrictions in place to prioritize domestic consumption, adding further pressure to the international market. According to France24 , crude palm oil is already 63% above its value a year ago.

Ecuador is also experiencing a key peculiarity, as it has been steadily losing palm production due to the onslaught of bud rot (palm plague), aggressively since 2018. The country has lost between 110,000 and 120,000 productive hectares, and most of the loss is in the province of Esmeraldas, which also affects 40,000 direct jobs, according to information from Propalma.

Faced with this situation, Propalma directors met on May 20 with the Vice Minister of Productive Development, Eduardo Izaguirre , to define actions that reactivate this productive chain: credit, protection of areas free of bud rot (PC) and more.

Meanwhile, Manzano revealed to Diario EL UNIVERSO that he contacted Terán to offer help and start the popular oil project, to which the private company agreed.

“He went on a trip at this time; He left his people working on this project, and on the 24th (June) we are going to meet here at the Ministry to give shape to this project and, as quickly as possible, to be able to provide assistance with this benefit of a cheaper oil,” explained Manzano. (YO)