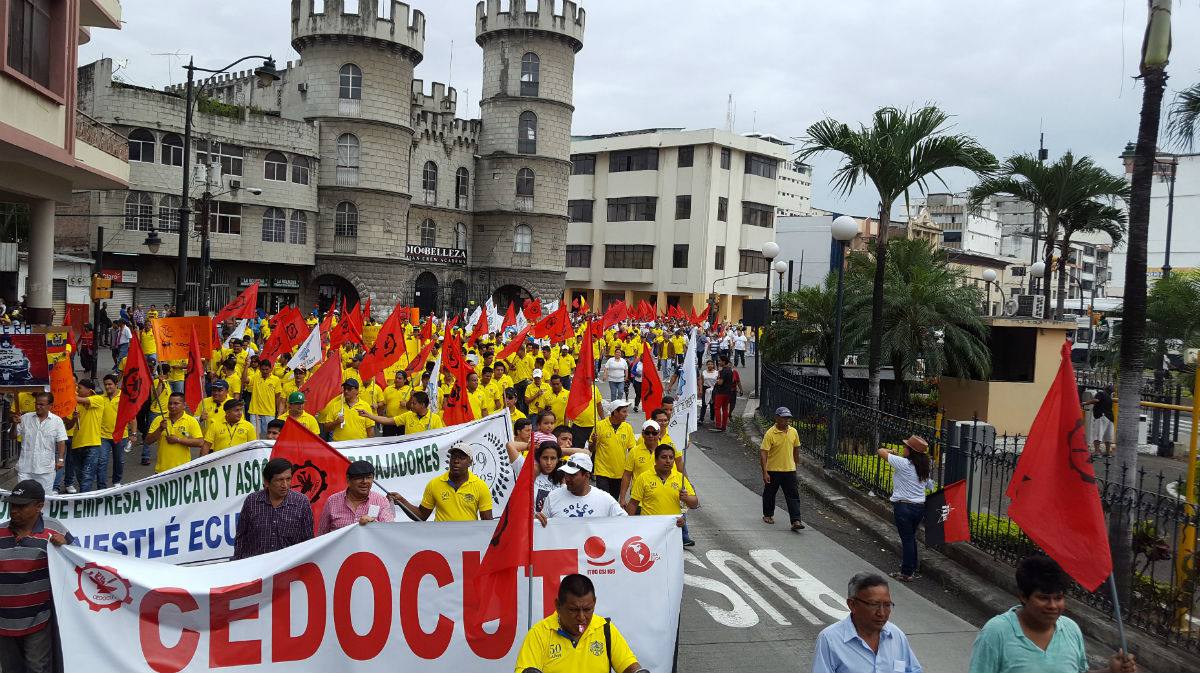 The guilds of workers in various cities of Ecuador took to the streets Sunday for the Labor Day, but these demonstrations were also tinged with the solidarity with the victims of the earthquake of last April 16.

In Guayaquil, for example, members of the United Workers Central (CUT) prayed and gave donations for the victims, in the exteriors of the Abel Jimenez Parra Coliseum. Rescuers who took part in the rescue efforts in Manabi were also decorated.

Another demonstration led by the United Workers Front (FUT), which began at 09:30, was also held at the main port. The starting point was the 9 de Octubre Avenue and Lorenzo de Garaicoa street, the demonstration covered the Colon and Boyaca streets, the Olmedo Avenue, the Pier and returned to the starting point. Workers from the Nestle employee association and the Institute of Neurosciences, drivers, educators, among others, participated.