It will last for up to 12 months and if the employer decides to renew it, it will become an indefinite contract, said Labor Minister Andrés Madero, who said he will have all labor rights, such as vacations, tenths, overtime, etc.

The fixed-term contract had the same term of validity, with the possibility of renewing it for another year. 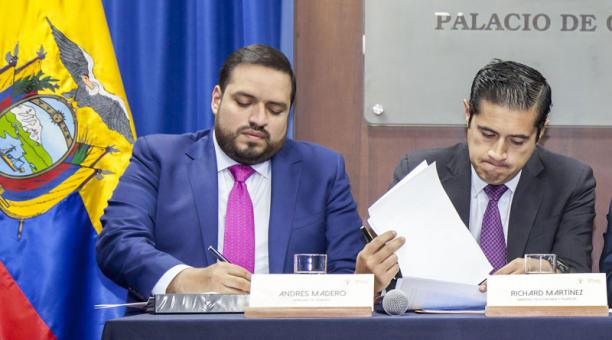 The justification of the previous Government to eliminate this figure was that there was an alleged abuse by certain employers, which did not provide stability to the worker.

Since then, business associations have insisted on recovering the fixed-term contract and argue that removing it was one more reason for the formal employment fall.

For Paúl Vergara Dávila, legal advisor of the Center for Labor Policy (Cespla), the reform proposals proposed by the Government are regressive in labor rights and undermine its stability.

The expert criticized the loss of 20% of the remuneration in public sector occasions contracts, the reduction of vacation time and the contribution of a day’s salary of state companies, since it directly affects the pocket of these people and is a violation of their rights.

Cespla, he said, analyzes raising claims of unconstitutionality if the labor law is passed as it is.

Several social organizations plan to adopt similar actions. Madero replied that “any issue that has been presented has been previously evaluated to avoid these issues of unconstitutionality.

However, anyone could make use of this action, but will have a response from the Government, ”said the head of the Work Portfolio.

He reiterated that the announced measures will apply for new hires. Regarding the process to reduce the remuneration of occasional contracts and provisional appointments, the State plans to do so when merit and opposition contests are held.

This was announced on October 2 by the Private Secretary of the Presidency, Juan Sebastian Roldán, in a television interview.

According to Roldan, there are about 120,000 with occasional contracts and provisional appointments.

“Those appointments have no stability. What are we going to do? We are going to give them stability, but in contests as long as they agree to win 20% less. Why? Because in the rest of the public sector the salary was already reduced by 20%, however, they were delivering contracts that are not consistent with reality. ”

He clarified that some of the decisions will go through Executive Decree, although he did not explain what they are, and others will be channeled through economic law.

Different business chambers in the country have expressed their support for the economic measures announced last Monday by President Lenin Moreno.

Yesterday (October 3, 2019) it was expected that the bill, with the labor reform, will finally arrive at the Assembly, but until the end of this edition it did not happen.