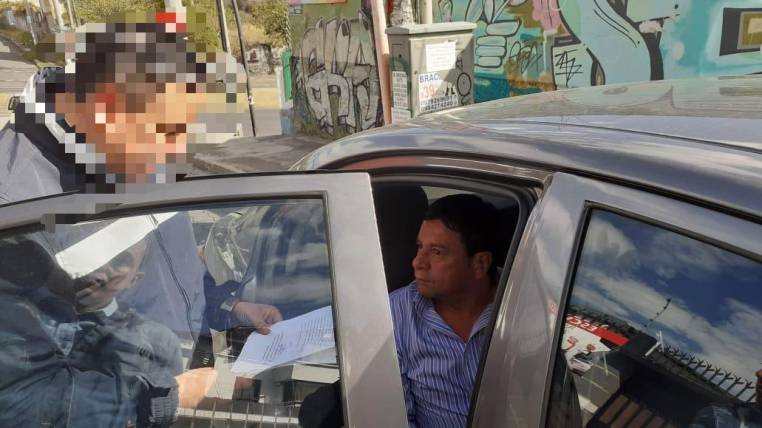 In the case of Carlderón, the announcement was made by the Minister of Government María Paula Romo from her Twitter account. “Minutes ago, the Ecuadorian Police proceeded to arrest Jorge Calderón for the crime of paralyzing public service. It will be immediately placed at the behest of justice, ”he said. Romo took the opportunity to recall Art. 346 of the Organic Integral Criminal Code, which states that “persons who impede, hinder or paralyze the normal provision of a public service or violently resist the restoration thereof; or, if a public building or facility is taken by force, it will be punished with imprisonment for one to three years. ”

In the case of Vicuña and Solís, the fact was confirmed by Governor Xavier Martínez, who argued that it was in compliance with the Constitution and the Law. The homes of the leaders were raided at 03:50 on Friday, October 4, with an order of Judge. In addition, he explained that the detainees, who were transferred to the Judicial Complex, would be prosecuted for the crime of ‘paralyzing the public transport service’.

The provincial authority warned that it will act in the same way and in compliance with the Law, against those who still keep access to Cuenca and the province blocked.

At 07:55, a report from the Ecu-911 Integrated Security System realized that at least eight accesses to Cuenca continued to be blocked with crossed taxis on the roads.

The same situation occurred in the sectors of Molleturo, Cuenca-Girón-Pasaje and Cuenca Loja, where heavy vehicles and stone material have been crossed.