The Colombian authorities seized in the department of Nariño, bordering Ecuador, 2.8 tons of cocaine that would belong to the National Liberation Army (ELN), according to the Attorney General’s Office of that country. 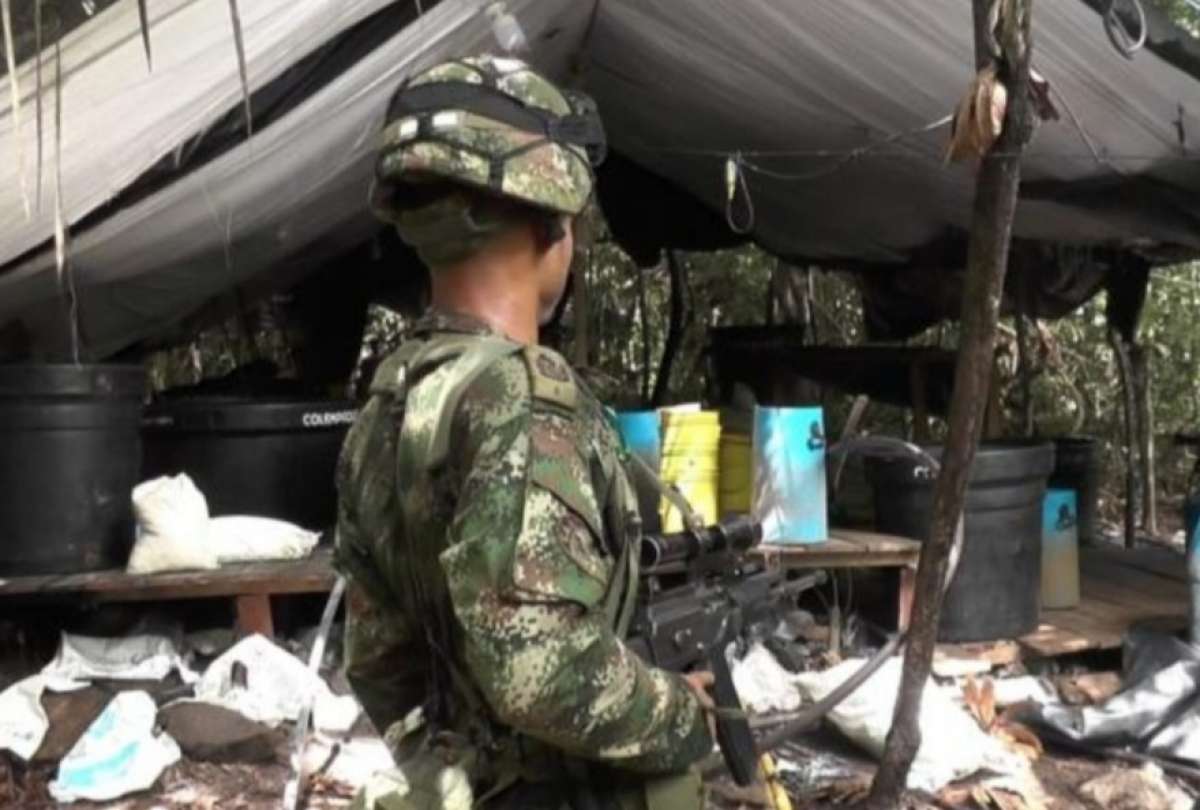 The authorities detailed that the drug was found in two laboratories in which coca was processed located in a wooded area of ​​the municipality of Cumbitara.
According to a statement released by the Public Ministry of that country, they found “2,800 kilograms (of cocaine), and more than 600 kilograms of coca base paste.”

Also, supplies to process the illegal drug were discovered, such as acetone, hydrochloric acid, sulfuric acid, caustic soda and lime, among other chemical elements.

Each laboratory consisted of six rustic structures that could house up to 30 people. In addition, it had compressors, extractors, boilers, condensers and ovens, with the capacity to produce up to four tons of cocaine per month.

According to investigations, the shipments left this wooded area of ​​Colombia towards the border with Ecuador, from there to the Pacific coast and, later, towards Central America in speedboats.

The operation was carried out by the Army, the Police and the Technical Investigation Corps of the Prosecutor’s Office (CTI), with the support of the US Drug Enforcement Administration (DEA).

The Colombian Government concluded that illicit crops and cocaine trafficking are the fuels of illegal economies that finance and promote the growth and strengthening of criminal organizations that affect the security of their country.

Last December, the administration of Colombian President Iván Duque reported that in 2020 more than 498 tons of cocaine were seized, 17% more than in the same period in 2019. (I)