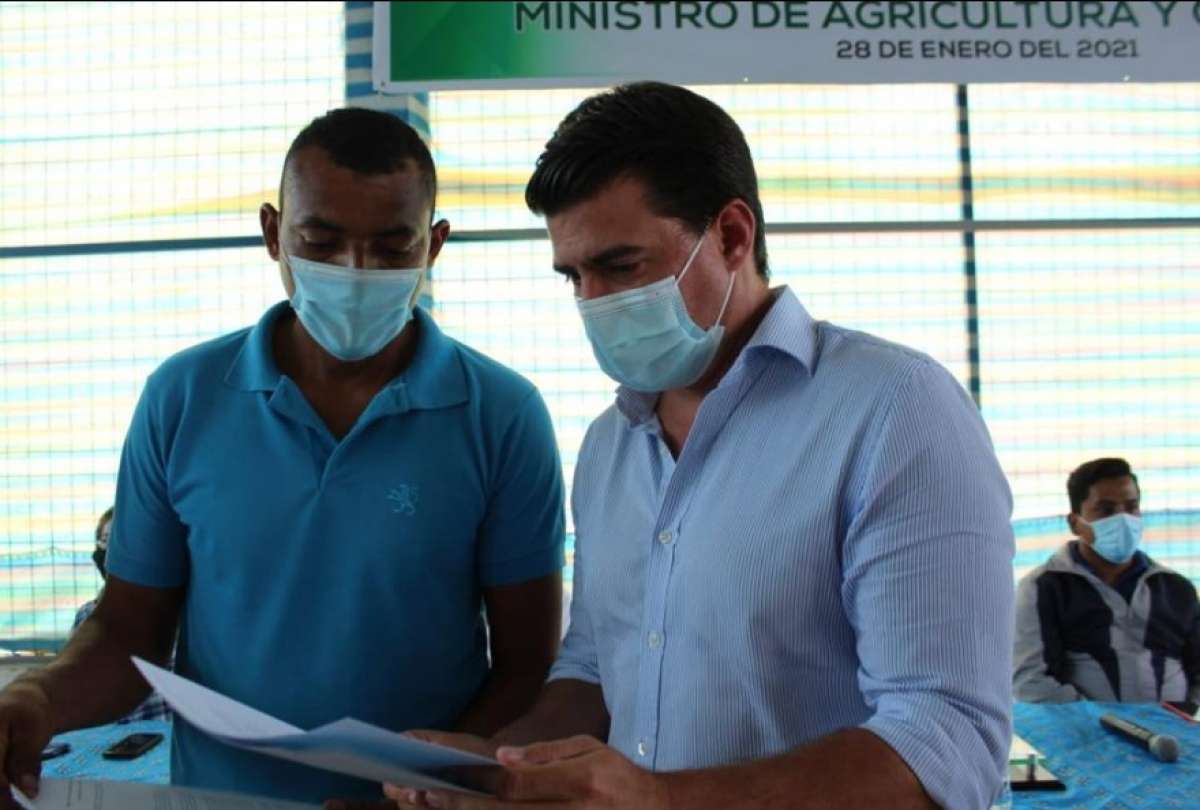 Last September the reform to the regulation of the Law to Stimulate and Control the Production and Marketing of Bananas was issued, through which the regularization of producers is allowed and in December, through Ministerial Agreement 156, the payment of the fine for small producers of up to 5 hectares.

“With the formalization we will have union associations capable of reaching a direct market and facilities to achieve price stability,” said Minister Xavier Lazo.

Gladys Fuentes Alegría, producer of the Lorenzo de Garaicoa parish, indicated that with the certification she will be able to do her formalities as a formal producer and will allow her to market the fruit at a fair price. She, along with 13 other producers, received her code to enter the MAG’s Banana Control System.

Gustavo Martínez, Undersecretary of Musáceas Strengthening, recalled that Ecuador has all the qualities of climate and soil to produce the best fruit and a capacity to exceed 3,500 boxes per hectare, and in that sense, he called on the producers present to be disciplined with Good Agricultural Practices.

During the meeting, the first deliveries of the technological packages to be applied in the winter of this year were also made, which contain the inputs for 3 control cycles of Black Sigatoka and 2 fertilization cycles, with a 50% subsidy for producers of up to 15 hectares, and 30% for those up to 30 hectares.

“The urgent thing is to improve the phytosanitary situation, and do it quickly, but without neglecting the structural and long-term that the sector requires,” said the Minister. (I)