According to the military coordinator of the National Disaster Management Centre, SMH Imaduwage, relief efforts were delayed until this morning due to persistent rain and the risk of further avalanches to occur.

Relief agencies have counted some 140 houses buried in the ground in the village of Haldummulla in Badulla district. About 500 members of the Sri Lankan army engaged in rescue operations, along with police and volunteers, according to Imaduwage. 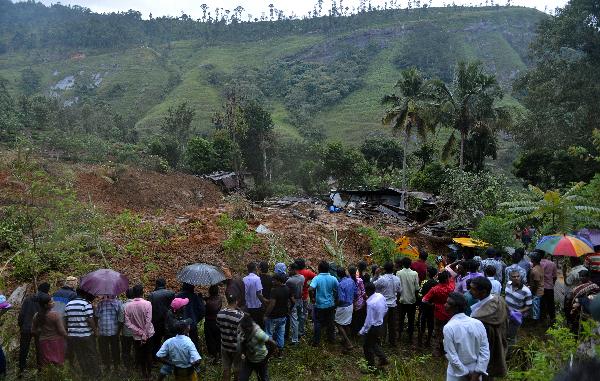 Sri Lankan residents stand near a damaged building at the site of a landslide caused by heavy monsoon rains in Koslanda village in central Sri Lanka on October 29, 2014. Mudslides triggered by monsoon rains swept through a tea-growing region of Sri Lanka October 29, killing at least 16 people and leaving about 300 more feared missing.