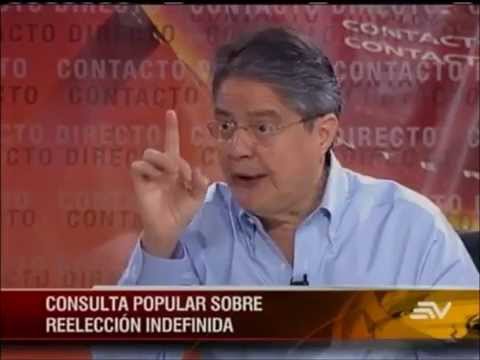 “Who is infatuated with power is Rafael Correa to the point of pretending that the Constitution be reformed in order to prevail his interest over the citizens,” said the leader of the collective Compromiso Ecuador, responding to the statements ofthe President in his weekly address.

Correa insisted on Saturday, December 13 that Lasso is infatuated with being President and despite that tough economic times are coming for the country, he will not make ‘paquetazos’ (controversial economic measures) as those, according to him, Lasso leaned on the government of Jamil Mahuad, of which he was minister.

However, for the former presidential candidate, these statements allegedly show “the nerves of the President: the concern about losing the query and the concern because he spent eight years laughing and now comes the hard times and he did not prepared Ecuador …” said Lasso in an interview with Ecuavisa.

CNT would not pay for Market hoarding