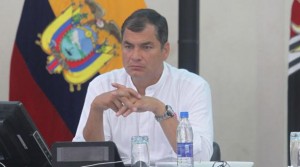 The President of the Republic, Rafael Correa, made no observations and sent directly to the Official Register the Law of Production, Incentives and Tax Fraud Prevention.

This law is part of governmental measures with which the government intends to deal with the fall in oil prices and avoid reducing social spending in 2015. According to the Disposal Act, the law would go into effect today.

The Government currently would need an average oil price of USD 79.7 per barrel to fund its budget for 2015; However, since three weeks ago the Ecuadorian oil is around $ 50.

Ximena Amoroso, Director of the Internal Revenue Service (SRI), indicated that this package of reforms would yield the state about $ 200 million.