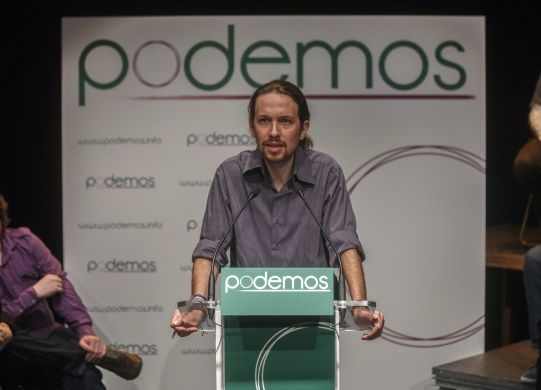 The lawyers consortium Manos Limpias this Wednesday filed an indictment against the leader of the Spanish leftist party Podemos, Pablo Iglesias, of financing “his revolutionary propaganda” with irregular money from Venezuela.

Manos Limpias filed in the Supreme Court of Spain a complaint against Pablo Iglesias, and also against the leader of Podemos, Juan Carlos Monedero, which adds more crimes, adding up to ten in total.

Iglesias is accused of crimes of belonging to a criminal organization, against the rights of workers, disobedience, against the Treasury, conspiracy, illicit association, misappropriating, participant of disloyal administration, influence peddling, bribery and corruption among other particulars.

The facts in the complaint indicate various irregularities, most allegedly committed in the management and collection of undeclared cash or black cash payments to workers through the producer Mano Izquierda.

In addition, it is specified that “Iglesias has traveled to Venezuela with the sole purpose of receiving undeclared funds” from the Government of that country “to maintain the revolutionary propaganda activity,” money that would have come into Spain.