The Economic Development Commission of the National Assembly has scheduled for November 14 the approval of the report for the first debate of the urgent project of Development and Fiscal Sustainability, which aims to establish a collection of $ 1.9 billion in two years. 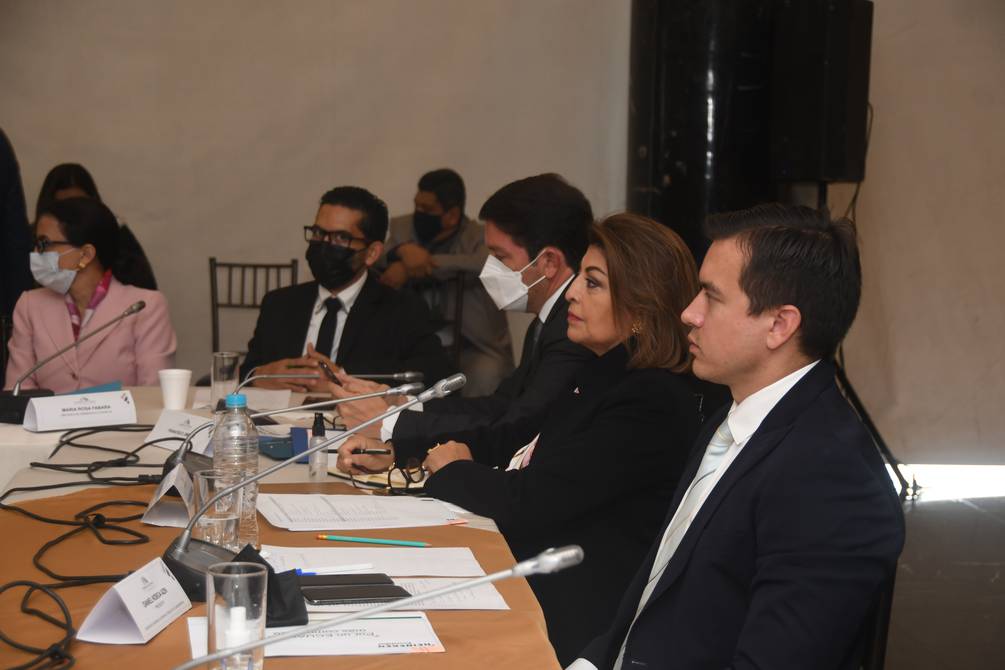 After the appearance of the economic authorities of the Government, the productive sectors, business associations, professors and economic and tax analysts, the legislators of the table begin to outline the possible changes and mark the red lines in the Executive initiative project.

The Ecuadorian Business Committee proposed a fiscal pact for the sustainability of public finances and economic reactivation, since charging a new contribution to the productive sector will affect the liquidity and reactivation capacity of companies; that a higher tax burden on households impairs consumption capacity; Therefore, they propose to reformulate the tax approach to improve the project.

The Government, through the economic authorities, ratified that the reform strengthens the principle of tax progressivity, that the impact on the contributions of people who earn more than $ 2,000 per month will be minimal, as well as the special patrimonial contributions. He also argued that deductions for personal expenses will remain, although the ceiling will drop more than 50% of what is now in force.

These positions lead legislators Daniel Noboa (USA), Francisco Jiménez (CREO) and Wilma Andrade (ID) to announce the possible changes that will be reformulated in the urgent economic project.

Noboa believes that this Law should formalize most of the people who are dedicated to commerce, but not hit them with taxes that will eliminate their consumption capacity and severely affect the middle class.

Regarding the amount that will be set in the deductions of personal expenses, he indicated that this will depend on the basis set in the tax reform, because if you start above $ 3,000 per month you could determine zero deductions, these deductions are a counterpart; then, the right balance will have to be found so that there is the least possible impact on people.

He said that he is concerned about the increase in taxes without a real opportunity for companies that create new jobs; For this reason, he considered it important to clearly establish the percentage of taxes on new investments. In new investments, it could drop ten points and that will allow national and international investors to put additional money into the Ecuadorian system.

Andrade indicated that from this November 10 they will begin to structure the report for the first debate and collect all the observations raised during the socialization stage.

As part of the changes that your political organization will present is raising the taxable base of contribution of natural persons and locating it for those who earn above $ 3,500 per month, and with this a balance can be established and that there is a scale with a less impact on all sectors that have been hit by the pandemic.

He said that the reform proposal should include incentives for those companies that hire women who have been widely hit not only by the pandemic, but also by violence in all aspects.

While Jiménez pointed out that they have listened to more than 50 people, between unions, productive sectors and academia, and assured that they already have an idea of ​​where things are going, since they are looking for an equitable, reasonable and fair tax proposal.

The ruling party announced that it is likely that the amount for deductions for personal expenses will be raised, as the Executive proposes that it be up to $ 5,000. The ID proposes to place the deductibles up to about $ 9,000, as well as that people who earn more than $ 3,500 per month can contribute; all those issues are under consideration, he said.

Everything has to be analyzed, debated and agreed upon, and that as an assemblyman of the ruling party considers that the Government’s proposal is coherent, it seeks to enlarge the tax base, not necessarily to charge more to those who have more, but to enlarge the tax base with rationality, equity and establishing a much more coherent tax landscape for the country. (I)