BREAKING NEWS
The country’s economic engines in 99 years: Since the colony, cocoa exports maintain their weight
These are the digital services for which the SRI will begin to charge VAT
Investment banking congratulates Ecuador for debt renegotiation
Ecuador’s health emergency continues for 90 days
Latin America presents a decline in its biodiversity, according to Living Planet
Chocolate commemorates its day this Sunday, September 13
The Municipality of Guayaquil implements a national passenger control protocol at the José Joaquín de Olmedo Airport
With more freedoms for citizens, businesses and other sectors, Ecuador’s municipalities assume control of the pandemic
Exhibitors highlight reception at the Regional Virtual Business Fair
Shrimp sector requires mortgages to access credit

Legislators may request information from officials 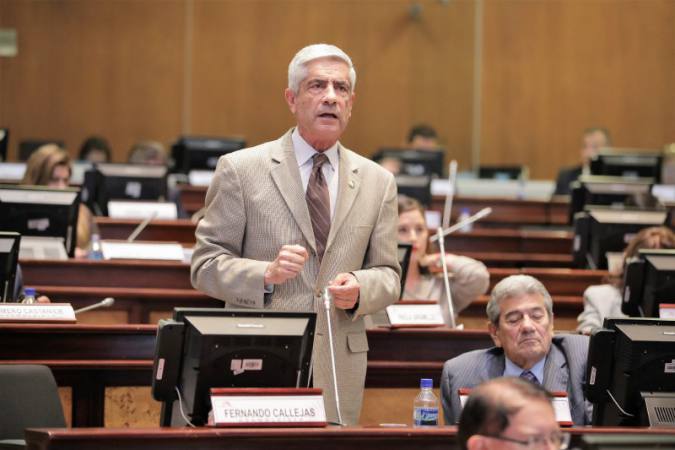 With 102 votes, the plenary session of the Assembly threw down the disposition of the president of the Republic, Lenin Moreno, of July 3, 2017, which alerted the legislators that it will only respond to information requirements through the presidency of the Parliament.

In this way, from now on, the assembly members will be able to directly request the documentary information to all the state instances, including those of the Executive Function, as part of the process of political control and oversight.

The resolution was presented by the legislator Fernando Callejas (CREO), who pointed out that the Constitution and the Law of the Legislative Function guarantee the right of assembly members to request information directly, without restrictions.

His colleague Henry Cucalón (PSC) said that the resolution is neither a gift nor a concession from anyone, but an acknowledgment of the faculties and attributions guaranteed in the Law that speaks about the faculty of the assembly members to request information from officials.

Juan Lloret, from the block of the Alfarista Revolution, indicated that the important thing is that the information arrives in a timely and complete manner, since there has been a delay.

Mae Montaño (CREO) agreed with Lloret about the opportunity to obtain information, as she revealed that she has been waiting two months for documents from the State Attorney General’s Office. She questioned that in recent years a “bypasseo” was implemented to access official data. (I)

Palma Real, the cradle of the shells