Same goal, same way to communicate it. President Lenin Moreno agreed with the leader of the United States, Donald Trump, in strongly criticizing the regime of Nicolás Maduro. The Latin American leaders, in their meeting with Trump in the framework of the United Nations meeting of recent days, questioned the serious consequences that Venezuela is imposing on Venezuelans.

“There are more than four million human beings fleeing from this despotic, hungering, corrupt, protective terrorist regime,” criticized Lenín Moreno. Trump spoke of a “tragedy of historical proportions.” But more countries lined up to add international pressure to Miraflores.

The Colombian President Iván Duque called to create “a diplomatic blockade” against Maduro and his allies. 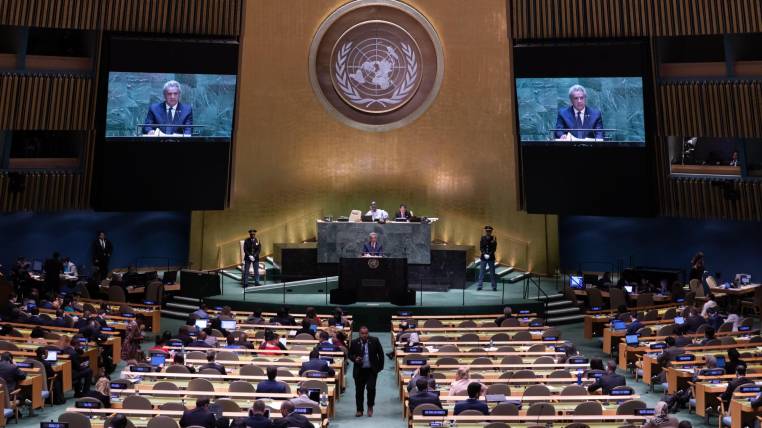 In his speech to the UN, he said that 16 countries in the region believe that Venezuela is involved in “drug trafficking, money laundering, terrorism and its financing, corruption and human rights violations”, which constitutes “A regional threat” that violates resolution 1373 of the UN Security Council.

Duque also told Trump that he will present to the UN secretary-general and the Security Council a 128-page report detailing the alleged crimes and that he expects this to be debated.

“The conclusion is that this dictatorship has to end,” said the president of Chile, Sebastián Piñera.

“Maduro is part of the problem and will never be part of the solution,” he added, and frowned on Cuba, China, Russia, Iran and Turkey for helping Venezuela.

Before the UN General Assembly, Lenín Moreno asked to find a solution as soon as possible. “Today, in this precinct of world democracy, I call you to sit down and talk about the victims of this conflict, to help you get out of this catastrophe that has caused an irresponsible government, a de facto government,” he added. “It is the task of the United Nations to find a definitive solution for Venezuela.”

The presidents of Venezuela and Cuba were absent from the appointment, but Maduro did not stay in Venezuela. On his first international trip after the proclamation of Juan Guaidó as interim president, Maduro went to Russia in search of Vladimir Putin’s support against sanctions.

“Russia unswervingly supports all legitimate Venezuelan bodies of authority, including the presidency and Parliament,” Putin said yesterday during his meeting with Maduro, according to the Tass agency, in which he has stated that he supports Chavismo’s dialogue with the opposition. “Any refusal to maintain this dialogue would be irrational, harmful to the country and dangerous to the welfare of the people,” insisted the Russian president. Maduro stressed that Moscow and Caracas “have proven to overcome any difficulty together.”