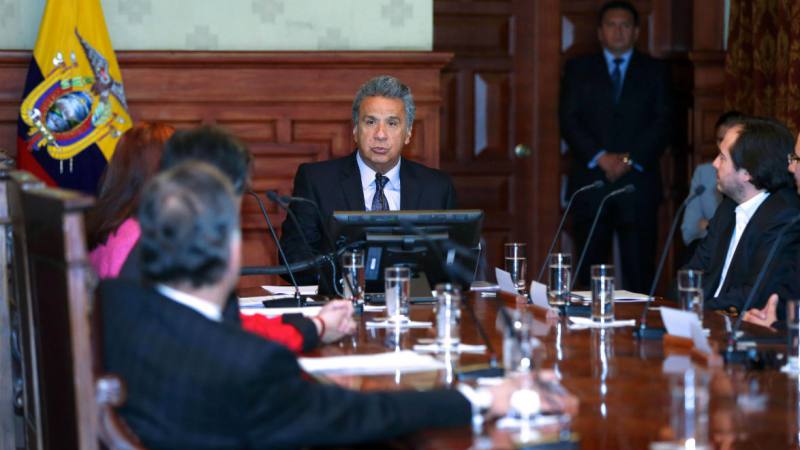 Tuesday President Lenin Moreno reported during a meeting with the Ant-Corruption Front that although the country is not broken, it faces a difficult economic situation, due to the lack of restraint.
The president took office on May 24, thus replacing Correa, with whom he has maintained public differences since he opened a process of dialogue with the opposition and prompted a national reconciliation. The former president has criticized these actions by saying that Moreno´s strategy is “mediocre” and “disloyal.”
Moreno believes that “the previous government could have been a little more measured in leaving accounts in better conditions” when referring to the economic management.

He also said that before this scenario “structural reforms are inevitably required, a four-year economic and fiscal plan that promotes the balance of public accounts, the reduction of indebtedness and an economic program that gives confidence and credibility so that the economy grows, public spending is reduced and laws that discourage investment are eliminated.” (I)