Lenin Moreno takes over the presidency of Ecuador 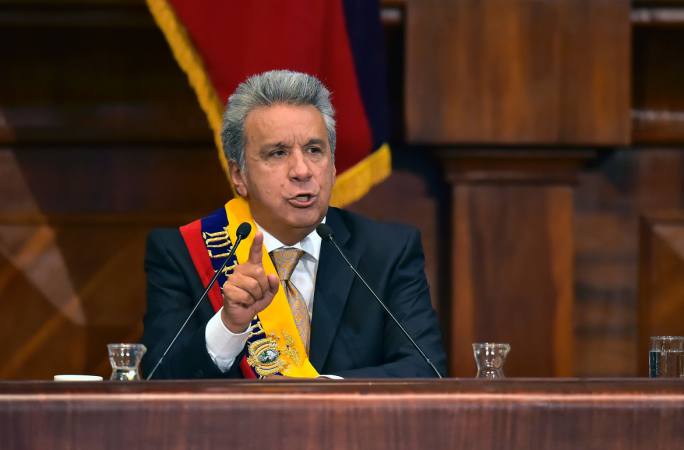 In front of 1,600 guests, Lenin Moreno Garces was inaugurated as the new president of Ecuador this morning. In his 16-minute speech, he spoke of his commitments to the State, to Ecuadorians, but also to citizens, businessmen, students, and local producers.

He said that everybody will be part of a deep national dialogue in his government. “A stage that, like all stages, is not free of errors has started… from today I am the president of all Ecuadorians, I must serve Ecuadorians.”

Legislators, local authorities, international delegations and heads of state from eleven nations such as Chile, Argentina, Bolivia, Guatemala, Paraguay, Colombia, among others, attended the ceremony in which Lenin Moreno, took over the presidency.

Journalists’ unions are optimistic about the message of President Lenin Moreno