Not only is the table not served, it is also half built. The government of President Lenín Moreno inherited a series of unfinished works and now looks for mechanisms to specify the operations. There are legal problems and, in some cases, they do not have clear sources of financing. After almost 28 months of a new administration, there are still buildings that cannot be delivered to the public for their use.

There are schools and hospitals, for example, that have the progress of more than 90%, but were abandoned in the government of former President Rafael Correa without a detailed explanation. These cases were assumed by the Vice Presidency of the Republic and mechanisms are sought for the inauguration and prompt opening. 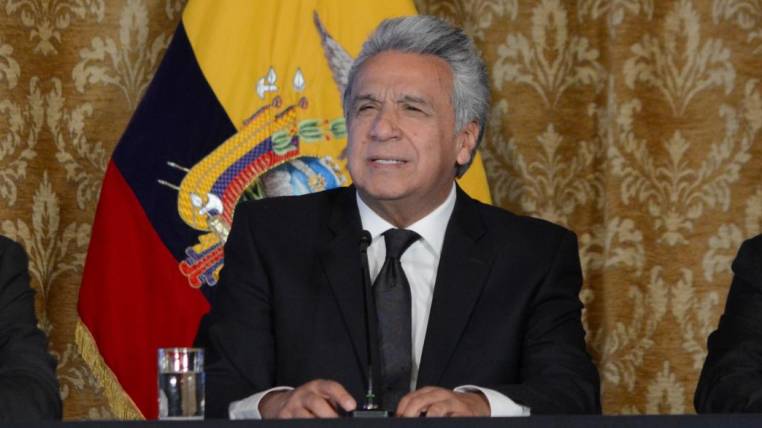 Vice President Otto Sonnenholzner said – in May – that the obstacles in schools are minimal and are even in “finished state”. He explained that the delivery process is accelerated so that they are put into operation.

Thus, millennium educational units such as Daule, Balao, Tarqui Chemis and El Salvador could be reactivated. All in Guayas.

Operations in health centers in Bastión Popular, Guayaquil and Durán were also reactivated. In this last canton, the Durán Hospital is built with an investment of over 28 million dollars. The work originally started in June 2017, but was reactivated on April 22 of this year. At the moment it records an advance of 56.5% (see table).

In execution, there are also health centers, schools and hospitals. Most, but not all, initiatives of the previous Government that the current authorities resumed. In total, according to information from the Works Contracting Service (Secob), there are 16 projects deployed throughout the country.

Of that number, details the information obtained by this Journal, four have an advance less than 50%. That, although some began or were reactivated last year.

To the works under construction and finished, the buildings stopped due to legal problems are added. There are two-millennium educational units that go through a process of unilateral termination of the contract. In Paján (Manabí), there is the Millennium Education Unit (EMU) Campozano. It has an advance of 88% and a total cost of more than four million dollars. The contract with the provider, however, was interrupted.

In Guayaquil there is also a case. The Francisco de Orellana Millennium Education Unit has an advance of 79% and an investment of 4.07 million dollars was planned but, due to the unilateral termination, the work resumed on May 21 of last year cannot be completed.

Among the 74 works reported by Secob there are also slow processes. EXPRESS reported on Monday that the current government has 19 large works suspended throughout the country. The sectors affected are Education, Health, Housing and park construction. Guayas is one of the provinces most affected by the suspensions because there are four schools (EMU Samanes, Playas, Otto Arosemena and Palmas) that do not advance.

The suspension responds, according to state spokespersons, to financial matters but also to legal actions imposed against the State. There are permits that must be obtained and complementary contracts that were not signed.