León Febres Cordero monument will finally be placed in Guayaquil 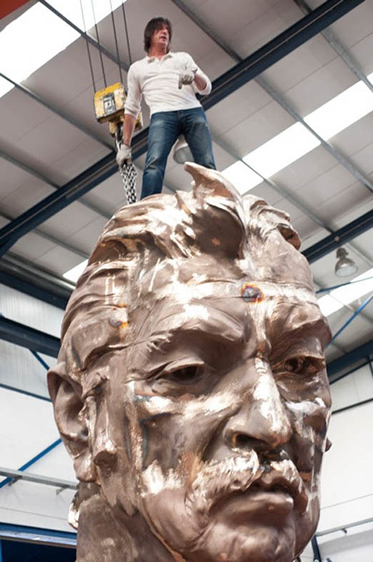 This Wednesday, August 27, the bust in honor to the Former President of Ecuador and Former Mayor of the city, León Febres Cordero, will be officially delivered to Guayaquil. With this, the City Hall tries to end the long controversy that began in 2011 for this work made ​​by the Spanish Victor Ochoa. Its estimated cost was $ 300,000, it was sculpted in bronze, and weighs 1,700 kilos.

In November 2014, the National Institute of Cultural Heritage said through its Twitter account that the Guayaquil City Hall had not asked authorization to place the bust in a small square between El Fortin, located in Las Peñas neighborhood, and the  Simón Bolivar boardwalk. After this, the entity requested Mayor Jaime Nebot to suspend the installation of the monument, as this is a heritage site, but Nebot rejected the request, calling it unconstitutional and illegal. He also argued that the land use was a municipal and non-governmental competition.

On the other hand, it was announced that the Former Vice President Blasco Peñaherrera and other figures from the Social Christian Party will be invited. However, the Revolutionary Youth reaffirmed their rejection to this tribute, since they accuse the deceased Former President Febres Cordero of crimes against humanity during his government.