This Tuesday the party member of Voluntad Popular and strong opponent of the government of Nicolas Maduro, Leopoldo Lopez, completed a month in detention in Ramo Verde prison and his followers will marched to the prison compound where, according to party sources, he will give a “message to the country” with new orders to continue the “struggle.”

The party also reported that they have summoned supporters to march to the headquarters of all the Prosecution Offices in the country to demand the release of all “political prisoners”.

Lopez has been detained since February 18, when he surrendered accused of instigating the violent acts of February 12, which unleashed the wave of protests in Venezuela. 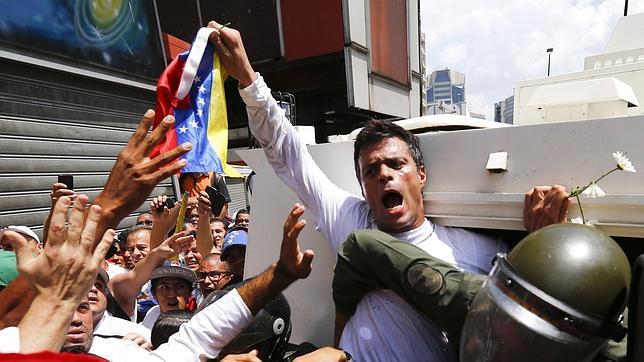