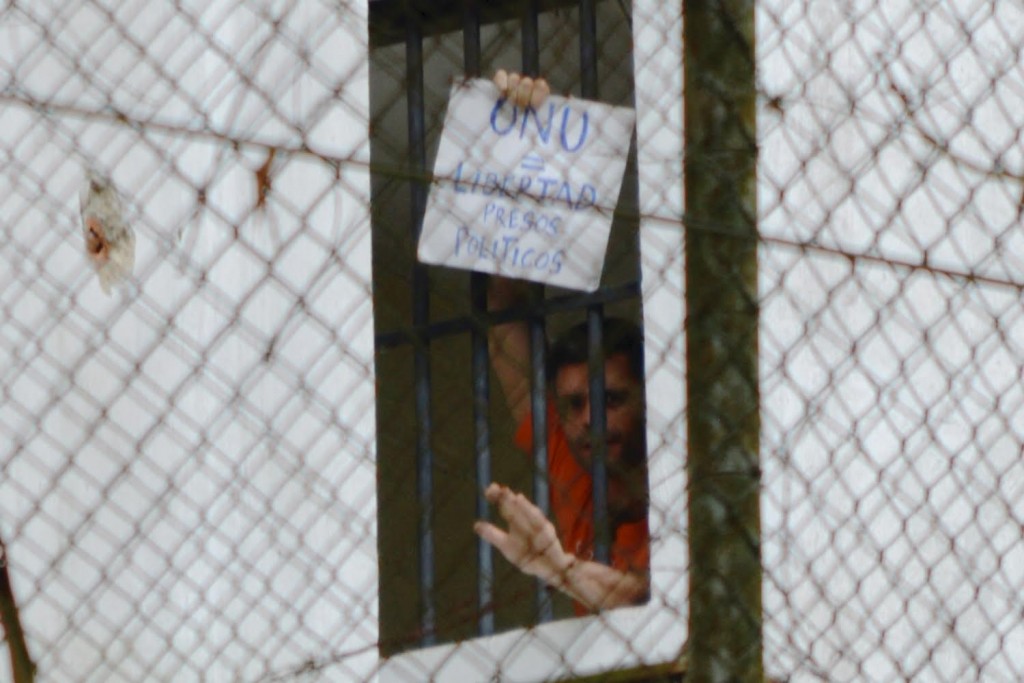 Lilian Tintori, wife of the Venezuelan opposition leader Leopoldo Lopez, told EFE that on Saturday a military command melted with torches the cell bars of politician and former mayor Daniel Ceballos in Ramo Verde prison and destroyed the interior thereof.

“The military came this morning to his and cell broke all things very aggressively and violently and took him to a very small cell, where he is being isolated,” said Lopez’s wife in a telephone conversation from the gates of the jail.

The lawyer of former Mayor Daniel Ceballos said on Saturday that the military had entered the cells.

Lilian Tintori said that the military “were six hours in his cell reviewing his writings.” “I am very concerned that Leopoldo’s life is at risk, I do not believe in the Venezuelan justice, or Colonel (Homero) Miranda,” director of the military prison.

“This is absolutely illegal, has passed in previous months and have taken his things, so they did not let them to enter the cells,” she said, explaining that her husband and Ceballos blockaded the doors of their cells with bars.