Gigi Chao, lesbian daughter of Cecil Chao Sze-tsung, a real estate tycoon in Hong Kong, addressed him an open letter urging him to accept his sexuality, after the millionaire offered $ 130 million to the man who managed to win the heart of his daughter.

Magnate’s daughter, a girl of high society in Hong Kong, calls “with her heart” to his father to meet his girlfriend for 9 years, Sean Eav, as “a normal and decent human being.”

“I know that ‘s hard for you to understand that I feel attracted to a woman romantically. Can not explain it to myself. But are things that happen,”reads a passage from the letter, published in the South China Morning in its Wednesday edition and distributed to other media.

Gigi, 33, says she forgives her father over acting just with his own interest. And she “deceived him” as to make him think he could have that option for her. “Sorry to trick you into thinking that I just kept a lesbian relationship because there were no good suitable men for me in Hong Kong. There are many good men. But, they are just not for me.” 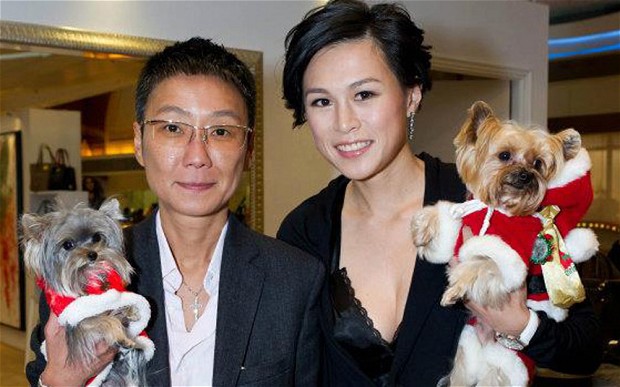 Gigi Chao (right) and her girlfriend for 9 years, Sean Eav.