Liquidity totaled $ 37,000 million dollars, according to the Central Bank 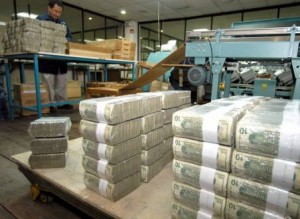 The liquidity of the Ecuadorian economy reached $ 37.109 million dollars by August of this year, according to figures from the Central Bank (ECB).

This represents an increment of 15.77% compared to August from last year.

Diego Martinez, representative of the President in the Financial Regulatory Monetary Board also noted that the International free reserves (LAIR) is at levels of $ 7,000 million and the Treasury Account is in the order of $ 1,600 million until  September 26.

Martínez noted that these data would demonstrate that there is no lack of liquidity as some analysts say, and that “there is no risk for the dollarization.”

César Robalino, CEO of the Association of Banks, said that the increase in liquidity is due to the last incomes the government has earned from May, through the external debt.