Local governments will set the profitability on public transport 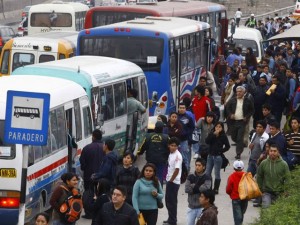 Those who provide the intra-county or urban public transport service would no longer have a profitability of 13%, therefore the local governments will be those that set a new rate, considering the management model of each partner and the socio-economic reality of the population. This was announced on October 8 by the National Transit Agency (ANT for its Spanish acronym).

The organism also announced that resolution 122 (which replaces 100 of the past August 27), was adopted with a vote against from the delegate of the Guayaquil City Hall.

Article 1 of the amended document states that “the referential calculating methodology for the fares definition by concept of public service provision of intra-county or urban, land transport, the same can be considered for implementation by the Autonomous Decentralized Governments that have assumed the competition in each of their jurisdictions. “

Resolution that will regulate the charge of 0.5% tax to credit becomes effective