The mitigation of diseases that impact the production levels of bananas and cocoa, two of the star products of Ecuador’s non-oil exportable basket, and the current global logistics crisis that impacts maritime transport, are the issues that receive the most attention They convene in the First Banana & Cacao Summit 2021, which began Tuesday night, at the Guayaquil Convention Center, and which brings together more than 50 companies at its trade fair. 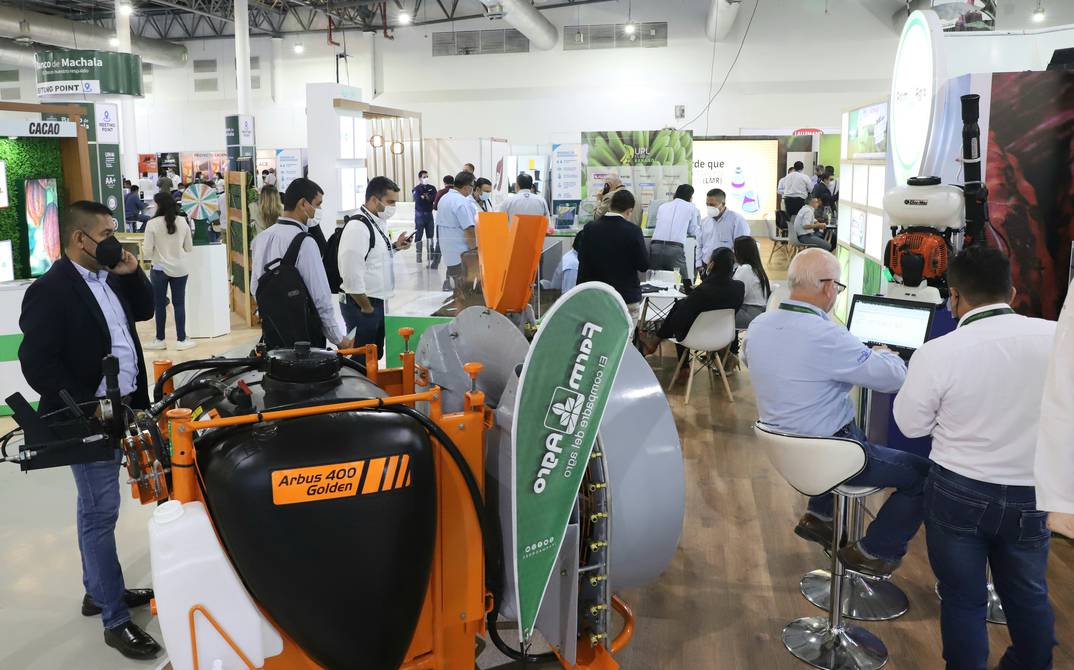 The Banana & Cacao 2021 Summit, which brings together more than 50 companies in its trade fair, will be open until Thursday the 11th at the Guayaquil Convention Center.

From January to August, cocoa and bananas generated more than $ 2,800 million in exports, according to figures from the Central Bank of Ecuador. Hence the interest of these sectors to improve productivity, learn about the most recent innovations in crop management and how international markets affected by the logistics crisis move.

This last issue was highlighted by Jorge Marún, vice president of Aprocafa , who pointed out that the banana sector is facing difficulties due to this crisis, however he assured that they foresee that fruit exports continue to grow, as well as cocoa exports that have had a good performance. .

For his part, Rubén Avendaño, President of Ageaple, described the logistical problem faced by bananas, which has around 220 hectares of crops in the country, as “a strong dilemma” for the sector, which adds to the concern for a ‘potential arrival’ of Fusarium race 4 to Ecuadorian territory, which is already found in Peru and Colombia. This disease has no known cure and attacks banana plantations and other musaceae.

In this regard, Eddie Ochoa, member of the Agearth Board of Directors, indicated that with the complicated panorama in the international context, with the shipping crisis, the rise in supplies and the Fusarium race 4, the agricultural sector must seek to be more efficient and sustainable environmentally.

“Fusarium is just around the corner, practically on the border, it is a fungus that really threatens the entire country, a quarter of the population depends on this activity. On the subject of cocoa, as every year, prices go lower instead of rising”, Ochoa identified as the main problems of these products.

Problems to which solutions are sought in the Summit Conference Program, which include 16 talks by exhibitors from 14 countries, according to Ricardo Baquerizo, president of Expoplaza.

One of the conferences, this Wednesday, was given by Víctor Quimí, who dealt with the plant extracts used to mitigate diseases in banana and cocoa crops. The expert presented the results of two products, an organic biostimulant and a biofungicide, the first registered in Ecuador with organic certification.

The first demonstrated high effectiveness in controlling diseases in banana crops such as BSV, erwinia and moko, the latter a disease that, according to Quimí, initially appeared in banana, but now also affects banana. “There are small foci, but it continues to grow,” warned the expert, who assured that this product also had good results in banana plantations of the Gros Michel variety infested by Fusarium race 1, a disease that devastated this variety in the 1960s. .

Meanwhile, this Thursday from 09:45, Antonio González and Juan Carlos Rojas, from the Agrovid SAS Group, INIA Colombia and Peru, will discuss the situation of Fusarium race 4 in those countries.

Meanwhile, in the case of cocoa, the mixture of these two products, according to Quimí, gave excellent results against diseases such as monilla and Phytophthora, diseases that, according to the expert based on Iniap data, are responsible for the losses of up to 70% of the crops of some cocoa farms.

For his part, Ricardo Baquerizo, president of Expoplaza , assured that there are more than 400 participants registered for the Summit conferences that will run until this Thursday.

“People come to the congress, there are more than 400 registered, the productive sector, more than 2,000 producers will come, and we believe that during these days we will gather around 4,000 people,” said Baquerizo. (I)