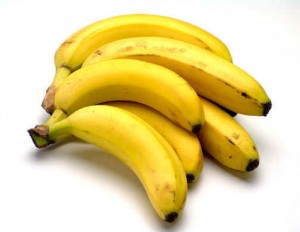 The cold weather that the Coast is experiencing due to the low temperatures on the sea is affecting the plantations of the province. Producers of banana and cocoa explain that their production doesn’t reach the size of past seasons. This causes a serious commercialization of the banana box when its official price of $5,40 is not respected.

The producers of the fruit state that the production has diminished between 30% and 40% in the last two months and that the price of each box is between $1,40 and $1,70.

In the province of El Oro, the banana plantations have a temperature of 20ºc during nights. This causes a slow growing of the fruit, and now it takes longer for it to be ready for cutting, causing that the hazel matures quickly, according to Paul Gonzalez, president of the Agriculture Centre of Machala, entity that gathers the banana producers of the whole province.

Gonzalez says there is a concern regarding this cold and that low production rates is obvious causing a reduction of the product quantity. “The fruit growth is delayed and there isn’t good quality.”

Banana Managers of the Canton El Guabo, Segundo Solano, explains that the cold weather causes that the fruit doesn’t reach its average thickness, and because of that the time for harvesting is prolonged. The double crisis produced by the low temperatures affects the production of the musacea and the low prices that the exporters pay.

The cocoa producers have also been affected by the weather during the last month, because the cold causes the wither of flowers and the growing fruits, stated Angel Roman, producer of cocoa of the parish in the canton Pasaje.

Additionally the low temperatures are affecting the shrimp producers since the crustacean is debilitated and it requires more vitamins so that the diseases don’t affect them. There is a lot of fungus concern since it reduces the production. Segundo Calderon, president of the Shrimp Producer Chambers of El Oro province, stated that the crustacean production has suffered due to the weather situation.