LPG system Monteverde-El Chorrillo will be opened today by Correa 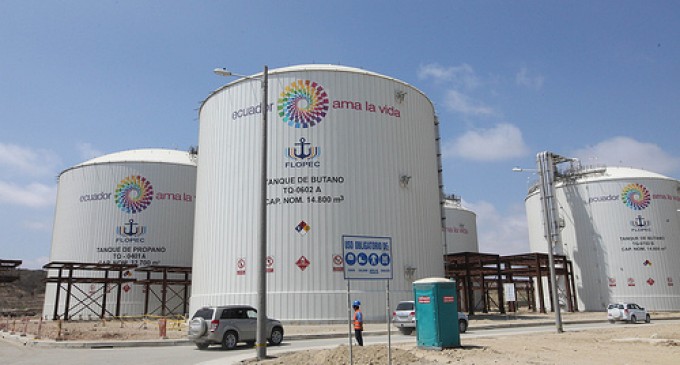 The new Reception System, Storage, Transportation and will Distribution of Liquefied Gas (LPG) Monteverde-El Chorrillo, will be inaugurated this morning, Thursday, June 26. The gas pipeline of 124 miles will transport gas from the area of Monteverde, Santa Elena to El Chorrillo in Pascuales (Guayaquil).

The opening ceremony is planned for 11:00 and will be attended by President Rafael Correa; Vice President Jorge Glas, the Coordinator of Strategic Sectors Ministers, Augusto Espín; _ Non-Renewable Natural Resources, Pedro Merizalde and EP Petroecuador authorities, among others.

The work began to be built in 2008, at a cost of $ 550 million, with the aim of supplying LPG nationwide. The oil infrastructure has a storage capacity of 15,760 metric tons disposed in 16 horizontal tanks and four giant fields.

This system would benefit the provinces of: Santa Elena, Guayas, Manabi, Los Rios and  Azuay.