Maduro proposed judging of the US and Aznar for war crimes 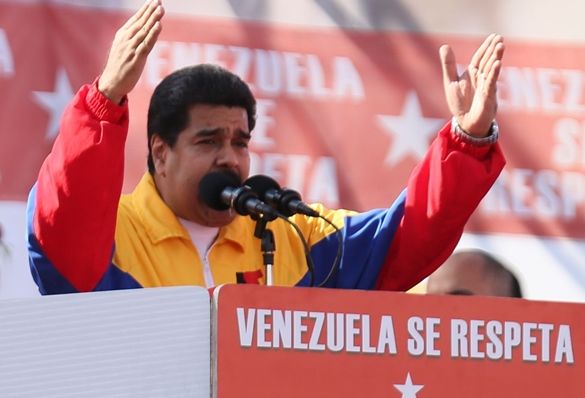 The president of Venezuela, Nicolas Maduro, proposed yesterday during a concentration of Chavistas in Caracas, that the International Criminal Court judges all the “imperialists” that attacked Libya, Iraq and Syria for war crimes.

In his allegations, the president pointed not only to the US but also the former president of Spain, José María Aznar, whom he accused past Friday of being responsible for the death of 1.2 million Iraqis in 2003.

Maduro said he doesn’t retract “not even a comma” from these observations that, from Spain, have not been “denied.”

“The noble people of Spain know it’s true, Aznar has his hands stained in blood with the invasion of Iraq, with the coup in Venezuela (2002), Aznar is a murderer, and must also go to the International Criminal Court, murderer,” he said.

The initiative of the president proposes the creation of a “committee of lawyers for human rights and justice,” made by Venezuelans and “global personalities” to prosecute not only “the US masters” but also “their subjects, their pitiyanquis slaves in the world.”

Maduro’s statements were made in the context of a march to protest against US “imperialism” in response to sanctions adopted by the Congress of the American country against a group of Venezuelan officials.