BRUSSELS, Belgium. Massive protests were held due to the government austerity measures that were taken on Wednesday in many European spots. Doctors and railway men were on a strike in Greece, Spanish workers suspended train and autobus services; an Irish man blocked the Parliament with a concrete truck, protesting about the huge bank bailouts.

Thousands of protesters showed up on the Brussels streets hoping to gather 100,000 people to march against the European Union institutions.

The Brussels march happened while the EU Commission was proposing to punish the member states that participated in decreasing the finances of social programs in unemployment time.

The proposal is supported by Germany while France opposes because it wants politicians to decide sanctions and not only strict rules. 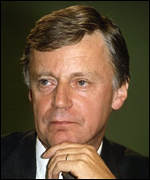 “It’s not a good time for the European commission to propose a punishment regimen,” said John Monks, General Secretary of the European Syndicate Confederation (which organized the march). “How will this improve the situation? This will only make it worse,” he added.

Syndicates fear workers to become victims of the economic crisis provoked by bankers and merchants.

“Minimum wage workers shouldn’t have to maintain the country, it should be banks,” said a Belgium protester.

“There’s a great chance the workers have to pay a price because of the irresponsible financial happenings,” said Monks.

These debts must be restructured so they do not represent a huge burden in the coming years and cause recession in Europe.

In Spain, the government of José Luis Rodríguez Zapatero is under pressure due to the highly unpopular measures that were adopted in order to prevent the country from needing a bailout like the one that saved Greece from bankruptcy.

Earthslide Buries Close to a 1000 in Mexico