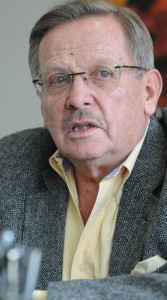 Jaime Mantilla, who was Executive Director of Edimpres, the company that printed the Hoy newspaper, said: “Coincidentally with the start of the citizen’s revolution (economic) losses begin to occur in late July 2007”.

Mantilla said in an interview with Teleamazonas that the taken action is “political”, arguing that during this government, this media experimented five lawsuits and faced a financial penalty from the Superintendency of Communication.

“Right now the problem is caused by a political action, not only against Hoy, but against all the independent media, they are trying to shut them up”, Mantilla said.

He added that it was decided to conduct a capital increase in 2013 but “with the restrictions of the Companies Act, that no one can have more than 6% in a media, it was almost impossible to have shareholders”.