Following the last nation-wide broadcast made by President Rafael Correa, in which he revealed the Executive’s intention of amending the Constitution in force in the three articles related to ancient peoples, the assembly members of the ruling bloc of Alianza PAIS (AP) confirmed that they did not know neither had worked on the issue.

Alexandra Ocles (AP) argued that what was known was that there would be a second package of amendments; and the issues left out of the first, would not enter the second because they were considered “not relevant enough to be placed.” “We have not coordinated with the Executive for them to tell us this news,” said Ocles.

Assemblywoman Maria Jose Carrion (AP) said that there is nothing confirmed yet and the most logical thing would be to have the answer from the Constitutional Court (CC) on the first package of amendments, and then start thinking about the other.

Until now, Judge of the Constitutional Court Wendy Molina, prepares a report on the process to be followed to change the Constitution -first amendments package- (through the Assembly or a referendum). There are no dates for its delivery to the plenum of the Assembly. 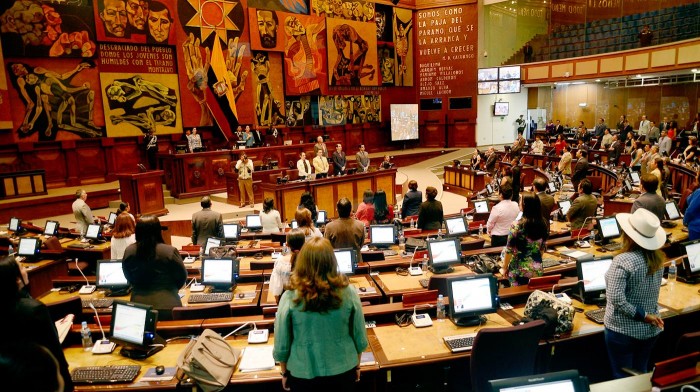 Sentenced for the 30S will not accept the pardon