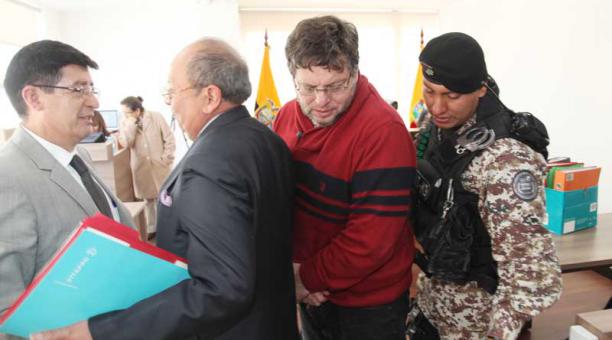 Marcelo Endara is willing to speak, says his lawyer Ramiro Albarracín. The uncle of the former energy minister Alecksey Mosquera has already requested the prosecution to set a date to testify and declare his allegations. Yesterday, June 27, Albarracín advanced details of the version of his client. He said, for example, that Endara was used by his nephew to establish a company in 2008. Endara and Mosquera have been questioned since April 22 for receiving USD 1 million from Odebrecht. Endara remains under house arrest because of his age, and the latter remains in El Inca prison (Quito).

According to Albarracín, Mosquera asked his uncle to establish the company at his name because at that time (2008) he led the Ministry of Energy and did not want to appear as the legal representative of the company. Why did he accept the proposal? The lawyer says that in 2008 his client went through a complicated economic situation and Mosquera offered help. Because of reciprocity, Endara did not refuse to be a proxy of the company, says Albarracín. (I)