Mayor Nebot expects that CC “does not receive orders from second fiddles or generals.” 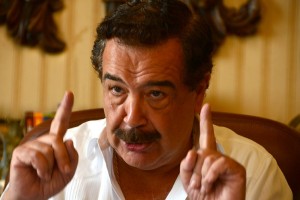 The Mayor of Guayaquil, Jaime Nebot, said on October 7 that he expects that when the Constitutional Court (CC) has the questions of the proposed referendum to define the rising of the urban transport fares in the city, “it does not receive orders from second fiddles or generals.” “It is assumed that this (referring to the Court) is not an entity of pocket, but must act independently. We will see,” he said.

The Mayor said that the inquiry will not be an initiative of the Municipality of Guayaquil, but of the citizens. “The citizens will be who develop the questions, which can be several,” he said.

Nebot argued that he can propose, for example, to ask if the people agree that part of the public revenues pay a subsidy to private transport. “They might be askedif they agree in an increase of bus fares and if they agree that the Municipality receives the transit competition with incomplete revenues.”

The Government presents an investment of 90% in public spending