BREAKING NEWS
The Ecuadorian Esteban Valencia is recognized as one of the best inventors
260 thousand jobs were created in the country under the new hiring modalities
12 thousand health professionals will have definitive appointments
Ecuadorian roses enter the United States with zero tariffs
Galapagos: Unemployed guides, restaurants, shops and hotels with few tourists, the harsh reality caused by COVID-19
The IMF warns that the debt does not disappear and is committed to growing more to address its payment
Noboa lawyers denounce to the UN and IACHR the danger of ‘fraud’ in Ecuador
Fishermen urge not to give way to expand Galapagos marine reserve
Contentious accepts challenge against Arauz and asks the CNE to resolve it
Ecuadorian indigenous leader Nemonte Nenquimo wins the Goldman Prize for her fight to save the Amazon rainforest from oil extraction 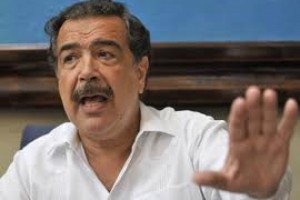 For the Mayor of Guayaquil, Jaime Nebot, the issue of capital gain of the sale of lands charge reveals the background of creating a new tax, referring to the announcement made by President Rafael Correa.

To this, he alerted:”(The government) wants to make a law that says ‘The city halls may continue setting taxes, but I am going to raise the floor,’ because fundamentally, with a law that will force raising taxes not only of capital gain, but rather the property taxes. That well be known, not only in Guayaquil but rather in Ecuador, that a law to keep taking money from the citizens by way of property taxes and capital gain is being prepared.”

He explained that Correa “has partly right” to assert that there are certain city halls (he did not specified which) that lower the taxes and immediately ask millions to the Government. However, he emphasized that this is a “partial truth” because that does not happen in the Mayor´s Office of
Guayaquil, an entity that “low taxes and does not prompt money to the Government. We’re efficient. As this bothers them because their scheme is to raise taxes, now they are saying they want to cure the ‘irresponsibility’ of city halls (though) he should say certain city halls, he wants to make this law. “

Nebot added that since he is in charge of the city hall “taxes have risen less than inflation, because I have basically lowered taxes”, and this year these were lowered when being fixed discounts for the charge of property taxes.