This Tuesday, the 6th, Cynthia Viteri, mayor of Guayaquil, reiterated that she gave the order to close the runway at the José Joaquín de Olmedo airport, on March 18, 2020, with the aim of preventing the landing of a humanitarian flight arriving from Madrid. 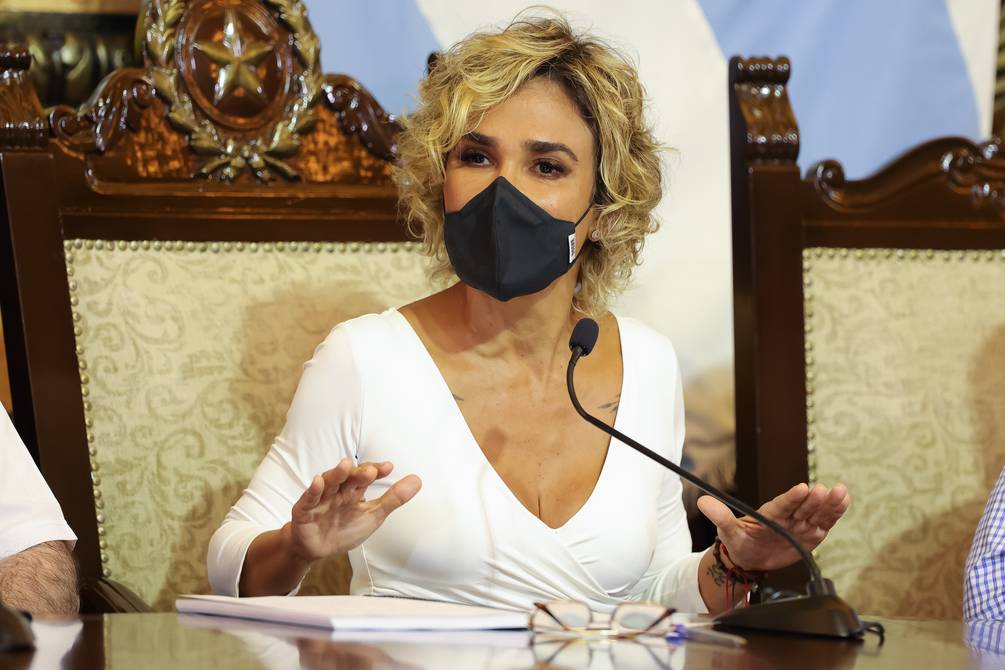 Mayor Cynthia Viteri reiterated that she gave the order to close the airport runway in March 2020 to avoid landing a humanitarian flight.

The official pointed out that, at that time, the Guayaquil Emergency Operations Committee (COE) complied with orders from its national counterpart not to allow the entry or exit of people from the Buenos Aires city.

Due to the blocking of the airport runway with municipal vans, the Prosecutor’s Office initiated an ex officio investigation against the mayor for the alleged crime of obstructing health and humanitarian tasks.

However, a few days ago, the provincial prosecutor in charge, Yanina Villagómez, determined that Viteri “has no involvement whatsoever in the crime under investigation,” after analyzing the collected elements.

Given this, the State Attorney General, Diana Salazar, ordered the initiation of a legal control of said investigation. In addition, he requested that the actions of Villagómez be verified, who took the case through the court jurisdiction that Mayor Viteri enjoys.

Salazar also asked that the necessary corrections be taken if necessary.

“If to protect my city and do what I consider fair to save people’s lives they want to push me in the middle of a Roman circus, let them begin to applaud,” said the mayor, this Tuesday 6.

Viteri attacked those who ran the Ministry of Tourism at that time, by allowing foreigners to enter Guayaquil to be evacuated from the country.

“On the same day (March 18, 2020) the minister in charge of the Tourism portfolio brought foreigners of any nationality from all over the country to Guayaquil in a state of exception, more than 100 people at the airport in Guayaquil ”, said Viteri. (I)

Lasso rejects “the vile assassination” of the president of Haiti

Fishing for giant squid, in international waters between the coast of Ecuador and the Galapagos, reduces food for sharks