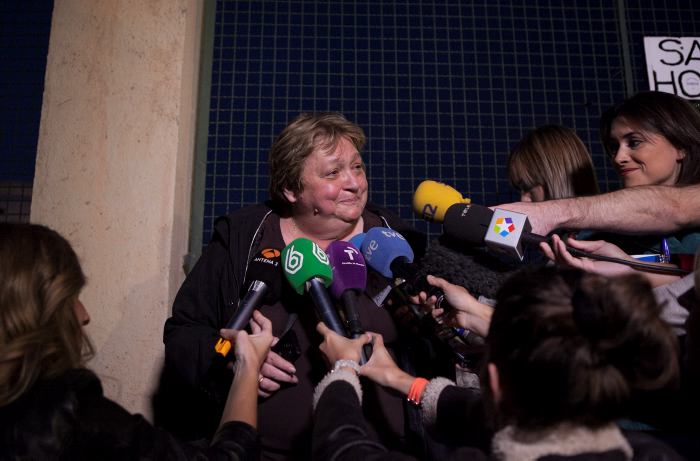 The Spanish nursing assistant, the first Ebola infected person outside Africa, no longer has the viral load, according to the results of a practiced analysis on Sunday, October 19, announced the government of Spain. The test performed to Teresa Romero, 44 years old, “has tested negative,” said it in a statement the Interministerial Committee responsible for monitoring.

Romero’s husband, Javier Limón, said in a video filmed from the room of the hospital Carlos III of Madrid: “Today I am very happy because we can say that Teresa has overcome the disease.” He is under observation, just like 14 other people who were in contact with Romero. None of them has presented until Sunday symptoms of the disease, according to the statement.

In addition, Teresa Mesa, friend of the nursing assistant, commented that Romero “is eager to go out (…) She already stands up, she almost eats anything,” she added after speaking by phone with her, who also said: “Tere I almost leave.”

A medical team of about 50 people is in charge of the Spanish patient. Following the negative resutls, they will have to wait 21 days, the incubation period of the virus, to make sure no one was infected during the hospitalization of Romero.