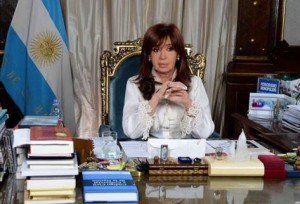 Members of the Argentine government rejected this Saturday, February 14 criminal charges against President Cristina Fernandez of covering up anti-Semitic Iranian suspects (former officials) of the 1994 bombing.

“It’s a real nonsense,” said Minister of Interior and Transportation, Florencio Randazzo, one of the presidential candidates for the elections of October, regarding the indictment filed on Friday that endorses the complaint of prosecutor Alberto Nisman, who died on January 18 in mysterious circumstances.

The Secretary General of the Presidency Aníbal Fernández, stressed that in the written prosecutor Gerardo Pollicita, based on the complaint of the deceased colleague, there is no request to cite the president and make declare.

Fernández de Kirchner, who finishes her term this year, may be called to testify, in person or in writing, if the judge handling the case, Daniel Rafecas, decides so.