Merkel and Hollande arrive to Moscow to hold conversations with Putin 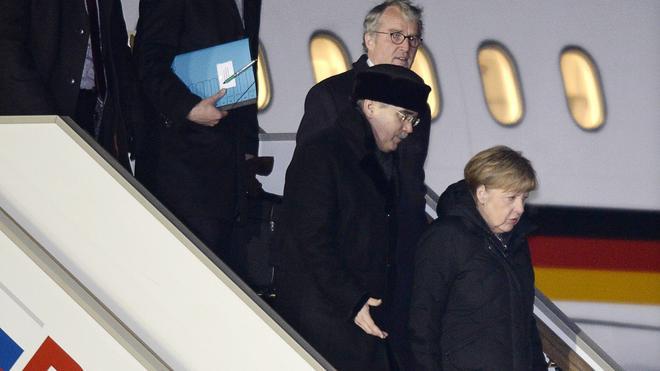 The President of France, François Hollande, and German Chancellor Angela Merkel arrived today to present a new peace plan to Vladimir Putin for the separatist Ukraine, which is expected to help reach a ceasefire in the conflict that has caused around 5,300 deaths so far.

The German Chancellor plane landed at Vnukovo 2 airport in the Russian capital, and minutes later the President of France arrived. Upon their arrival, the two leaders would have led directly to the Kremlin, where the negotiations with Putin would be conducted.

“We leave to Kiev this afternoon, we will make a new proposal for settlement of the conflict, which is based on the territorial integrity of Ukraine, and will go to discuss with President Poroshenko and on Friday in Moscow with Russian President,” said Hollande before the trip.

The French president also warned that the diplomatic option should not extend. “In Ukraine there is a war. Heavy weapons are used, civilians die every day,” Hollande said.

The German newspaper Süddeutsche Zeitung, said that the plan would consist of “concluding an immediate ceasefire” in exchange for a “greater agreed autonomy given to the separatists, in a larger territory than the provided so far.”